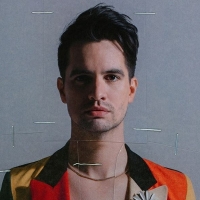 Panic! At The Disco

Panic! At The Disco may have been troubling grammarians ever since they burst onto the US pop-punk scene with their 2005 debut record 'A Fever You Can't Sweat Out', but fans have had no such bother embracing 'P!ATD'.

Just months after forming, the Panic!'s debut LP was an immediate hit, charting well all around the world, including making the UK and US top 20 albums. Follow up, 'Pretty. Odd.', may have cemented P!ATD's reputation for troublesome syntax but it also bolstered their status as a flag bearer for mainstream punk-lite rock and, whisper it, emo. The sophomore record reached No 2 in the US (and here) in 2008 and spawned their biggest UK hit single to date, 'Nine in the Afternoon', which peaked at No 13.

After touring 'Pretty. Odd.', P!ATD took time out to work on a third record, 'Vices & Virtues', which was released in March of this year and quickly proved to be another hit, peaking at No 7 on the Billboard Hot 100 and making the top 20 here.

Significant single success continues to prove largely elusive but the third record has again sold well and Panic! At The Disco remain a major pull at the box office. A handful of UK dates in May 2011 were all sold out and the band's appearances at the Leeds and Reading festivals saw the NME/Radio 1 packed to bursting point.

Still in high demand and with three hit records in a little over five years, Panic! At The Disco are bringing their alt-rock with emo accents back to the UK in the New Year for a series of dates.

Panic! At The Disco's 2012 UK tour begins in Newcastle on Wednesday 25th January, followed by gigs in Leeds, Manchester, Glasgow, Birmingham, Bristol and Southampton, before the final show at the Brixton Academy on 2nd February 2012.

We will have tickets for all dates when they go on sale at 9AM on Friday 23rd September, priced Â£17.50 for all venues (including London).