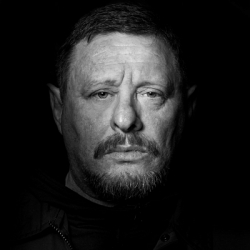 Around two decades ago, a group of lads from Salford larked about on the roof of a Barcelona hotel miming along unconvincingly to the audio of their forthcoming crossover smash 'Step On'. Skinny, fresh-faced and indifferent, the Happy Mondays had already hinted at what was to come by not turning up for the video shoot until 3pm on the final day of the five allocated for filming.

Melons were twisted, cops were called and 'the Mondays' became the poster boys for the so-called Madchester movement that swept all before it. Amen.

But that, of course, was only part of the story - it was barely the 'b' of the bang. And what a bang. Anthony Wilson called the Happy Mondays' abrasive frontman Shaun Ryder 'a poet' and, with Tony's backing and Factory Records' legendary talent for disorganisation and financial underperformance, the Happy Mondays effed and jeffed and crashed and smashed their way through the next four or five years.

Wide-eyed Bez kept shaking the maracas, whatever he'd levered into his veins, Shaun Ryder kept ad-libbing the f-word on early evening family TV programmes and everyone - everyone - kept dancing, hoping it would last forever.

But the fortunes of Factory, the Happy Mondays and their home ground - the Haçienda - were all inextricably linked; and all improbably fragile given the apparent commercial success enjoyed by each. The wheels fell off and, via Black Grape, Ryder was pitched into a decade-long battle with his demons, about which much has been written.

Fast-forward to 2011 and Shaun Ryder has been in ITV's jungle (runner-up to Stacey Solomon), got married to long-time love Joanne and collected a new set of teeth. He has finally stepped off the ride and taken a breath.

Long battles with addiction and depression have taken their toll but what has emerged is a coherent, wise, veteran of one of music's most exciting times. He's even written it all down in his autobiography 'Twisting My Melon', published by Bantam Press last week.

Shaun Ryder's impish grin may now frame as magnificent a set of pearly whites you're ever likely to see, but it is still there, as is the glint in his eye. With a series of live performances scheduled for later this year, Shaun Ryder - swearer, survivor, poet - will once again give his all and manage to convince everyone in the room that his old friend danger is lurking around the next corner.

Shaun Ryder's autumn dates kick off in Yeovil on 8th October, followed by gigs in Durham, Wrexham, Coventry and Cardiff, with the final date nudging into winter on 2nd December 2011 at Gloucester Guildhall.

After a wee appearance on BBC Breakfast the other day, Shaun has now added dates in Preston, Leicester, London, Portsmouth and Reading. Tickets for Preston are on sale now, with the remainder going on sale Thursday (22nd September) morning.