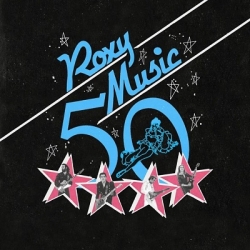 Dapper art pop trailblazer Bryan Ferry has built a career based on a series of classy, late-night pop-rock albums (with and without Roxy Music). Yet, part of his appeal has always been his ability to look like he has just come from a post-masked ball, all-night poker game which has left him cool and unflustered despite the high stakes, the champagne and the attentions of several outstanding young women.

But Ferry's success is not simply a matter of style over substance. Far from it. Bryan Ferry has understood from the very beginning the role his image played in the storytelling of Roxy Music and his solo material. He has maintained that image, never letting the mask drop, and, musically, he has been prolific.

He released eight studio albums with Roxy Music between 1972 and 1982. All turned Gold in the UK, some Platinum. All made the album chart top ten and three hit No 1. His solo CV is no less impressive, with more than a dozen solo records since 1973's 'These Foolish Things'. All made the UK top 20 and 1985's 'Boys and Girls' topped the chart.

Having sold tens of millions of albums, Bryan Ferry continues to beguile audiences with his suave, arty rock and still tours with Roxy Music and on his own.

Fresh from a summer of sold-out Forestry Commission gigs and headlining Kew the Music (at Kew Gardens), Bryan Ferry is bringing his soulful arty rock inside with two gigs announced for December at the Shepherds Bush Empire in London.

The shows follow his worldwide Olympia Tour, which showcased his latest album of the same name, released in 2010. 'Olympia' was Ferry's thirteenth studio album and was widely acclaimed, reaching the UK top 20 and No 71 on the US Billboard 200 after its October release.

Bryan Ferry will be at the West London venue on Wednesday 14th and Thursday 15th December 2011. We will have tickets when they go on sale at 10AM on Thursday 15th September, priced £30.

The dates are likely to sell out very quickly.