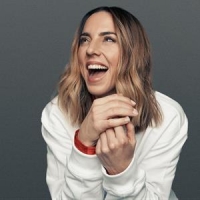 Melanie Chisholm, aka Mel C, aka Sporty Spice, has been wavering around the fringes of the pop scene since The Spice Girls split in 2001. There was a time when all teenage boys could be categorised by which Spice Girl they liked the most; whether it was Mel B (Bossy Spice), Emma Bunton (Cutesy Spice), Geri (Aggravating Spice), Victoria Adams (Talentless Spice) or Mel C (Sporty Spice).

The high-kicking Scouse dynamo Sporty Spice was a popular part of the team and held her own alongside Posh and Baby while the other two shouted at each other. As the girls goofed 'Girl powahh!!' into anything that looked like a camera and flirted with royalty, Sporty could be relied upon to adorn the whole spectacle with a nice headstand. But she couldn't really sing, could she?

Turned out she could. After the shouting died down and the Spice Girls went their separate ways, all attempted a solo career of sorts. Despite the noise and guff around Victoria Beckham, Geri Halliwell and Mel B, there can be little doubt that the best post-Spice Girls pop came from Mel C and Emma Bunton.

After the split, and having eventually settled on the sobriquet 'Melanie C', Sporty enjoyed a low profile much of the time before The Spice Girls reunited in 2007. But not without a few high points. Her duet with Bryan Adams, 'When You're Gone', still gets radio play and her debut solo album, 'Northern Star', was a top five hit in the UK (turning three-times platinum) and No 1 in Sweden.

Her next three records fared less well but Melanie C's focus seemed to have already shifted to her personal life. Amidst tabloid jibes about her private affairs, Chisholm met Thomas Starr in 2002 and, in 2009, the couple had their first baby.

Post baby, and looking as sporty as ever, Melanie C recently released her fifth studio album, 'The Sea', and has announced two live dates to showcase the new material.

Melanie C's first date is at the Liverpool Academy on Sunday 4th December followed by a London gig at Scala on Friday 9th December.

We will have tickets for both dates when they go on sale at 9AM on Friday 9th September, priced £15 for Liverpool and £16.50 for London.