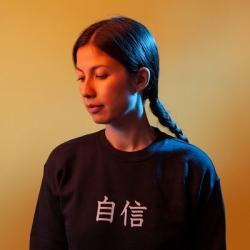 Emmy the Great, more accurately singer-songwriter and Londoner Emma-Lee Moss, is a survivor. Not one of those Destiny's Child tub-thumping types, but nonetheless an artist with a story to tell.

Her debut album, 2009's 'First Love', was written and recorded whilst firmly under love's spell, engaged to an atheist. Not usually a pivotal detail but it is when your fiancé leaves you not for another woman, or man, but for the church.

For Emmy the Great, the result was a creative journey that took her from the innocent bliss of 'First Love' to this year's sophomore record, 'Virtue'. Emmy's second studio album has been burnished and furnished by her time in the wilderness, turning to literature, folk lore and theology in an attempt to explain the events in her life.

These motifs are writ large in 'Virtue', a work which suggests loss and bewilderment can be a valuable experience. The album was well received and Emmy is touring the new record with a 20-plus date tour [it's 25 dates - factual Ed] that begins in a couple of weeks.

Emmy the Great's autumn tour kicks off at Colchester Arts Centre on 16th September, moving on to London (Camden), Nottingham, Glasgow, Edinburgh, Brighton, Wrexham, Manchester and more, before the final date at The Limelight in Belfast on Sunday 16th October 2011.