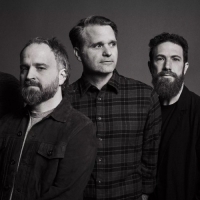 Despite their brilliant name, it wasn't until Death Cab for Cutie's fourth studio album, some six years after forming, that the four-piece from Washington (state) really got noticed.

Named after a song by Viv Stanshall's Beatles parody, The Bonzo Dog Doo-Dah Band, 'Death Cab' have carved out a reputation for melodic indie soundtracks, dabbling at one end with crashing guitars and at the other with piano-led West Coast indie balladry (we've checked and this is a word).

The breakthrough was 2003's 'Transatlanticism' although it wasn't until their fifth LP, 2005's 'Plans', that the world really took notice. 'Plans' peaked at No 4 on the US Billboard 200 (album chart) and turned platinum in the US. Follow up 'Narrow Stairs' (2008) did even better, topping the US and Canadian album charts. Death Cab's seventh long-player, 'Codes and Keys', was released earlier this year and was another top five hit in the US.

The UK fan base has been off the pace a little, not really discovering Death Cab for Cutie until the 2008 record, which was a top 30 album in the UK, as was May's 'Codes and Keys'. Now billed as an 'undiscovered gem', Death Cab have enjoyed considerable radio play this year.

Not least on BBC 6 Music, which is so in love with tracks 'Codes and Keys' and 'You Are A Tourist' that it is only a matter of time before it asks them both back to Broadcasting House for coffee and perhaps more.

Such entreaties can be hard to resist, and Death Cab have responded by announcing a handful of dates for the late autumn.

The UK leg of Death Cab for Cutie's European tour kicks off at the Hammersmith Apollo on 16th November, followed by gigs at the Leeds Academy and Birmingham Ballroom, before the final show of the tour at the Glasgow Academy on 19th November.

We will have tickets for all gigs when they go on sale today at 9AM (Friday 2nd September), priced £22.50 for Hammersmith and £20 for all other venues.