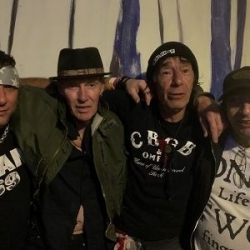 Brixton's infamous (and some might suggest notorious) live and clubbing scene has had its fair share of landmark venues, and still does to a degree. The Academy is probably the most well-known, partly for its bonkers sloping floor and changeable sound quality - not a good place for getting drunk in. Plan B, George IV, The Dogstar, The Windmill, Jamm, Hootenanny and Ace are all names past and present that have drawn people to the South London district in droves, offering an edgy mix of classic gig or historic night-out.

Another rave from the grave is the old Brixton Fridge, which quadrupled up as a venue, gay club (Love Muscle), trance-haven (Return to the Source) and a spawning ground for many key '80s acts, before centering more on its demographic with hip-hop, funk and the Africa Centre nights. In 2010, the place closed down and since then has been given a huge £1million state-of-the-art facelift in preparation for its next incarnation.

The Fridge is now Electric Brixton and will carry a mid-range capacity of 1500 for live shows (1700 for club nights), a spanking new stage, sound and lighting system - and more importantly gigs! The grand opening night on 24th September will be the first of them and it's a club night boasting some key names in techno-electro. Felix Da Housecat will head up an all-star cast that also gathers electro-disco-house luminaries DJ Hell, Jo Jo De Freq, Tom Staar, Hannah Holland and Keith & Supabeatz. Earlybird tickets for this special event are on sale now for £15 - when they're gone, they're gone.

We wish Electric Brixton all the best - and here's to many more shows in the future!!