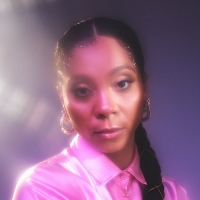 Now there's another reggae artist with covers on his mind - Little Roy. Known to many collectors of Jamaican Studio One releases and a previous collaborator with On-U-Sound guru Adrian Sherwood for the recommended "Long Time" album in 1996, Roy has recently hooked-up with British producer, Prince Fatty, to work on a clutch of Nirvana covers.

The first release from these sessions was a 7" only issue of "Dive" and "Sliver", originally rough garage-rockers, now deftly converted into summery rocksteady versions designed to put a smile on your face and to stop rock-fans in their tracks. An album, "Battle For Seattle", is due out on 5th September and I can assure you is a corker. Leave your preconceptions at the door and look forward to lilting renditions of "Come As You Are", "On A Plain" and "Lithium", delivered with Roy's husky vocals - a perfect match, in fact.

Facebook fans Matt Martin and Rosie Goode have eached won themselves a pair of tickets to this exclusive gig (other than our competition, tickets were only available in a prize-draw from the Converse website - it forms part of their music series).

After London, they all head to Reading and Leeds' festivals (minus Don Letts).