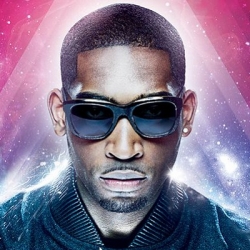 US rapper and urban music producer J. Cole is cranking-up his UK presence, announcing an autumn headline tour which will follow a series of high profile slots supporting Tinie Tempah on his UK arena dates.

A university graduate, North Carolina's Jermaine Cole takes a thoughtful approach to urban music and rap, and it has been enough for him to be the first artist signed to Jay-Z's Roc Nation label. Cole's debut album, titled 'Cole World: The Sideline Story', was reportedly finished in June and is set for release in September 2011, ahead of his two-handed assault on the UK.

The headline 'Cole World' tour kicks-off in London at the Electric Ballroom on 11th November, followed by gigs in Birmingham, Cardiff, Liverpool, Cambridge and others before the final show of the run at the Norwich Waterfront on 26th November.

We will have tickets for the headline tour dates when they go on sale at 9AM on Friday 26th August, priced from £16.

J. Cole is also supporting Tinie Tempah on his UK arena tour, starting at the Liverpool Echo Arena on 31st October, taking in Newcastle's Metro Arena, the MEN, Birmingham's NEC/LG arena and more, before the final gig at the Cardiff Motorpoint Arena on Tuesday 8th November.

The Glasgow SECC, London O2 Arena and Bournemouth Tinie Tempah shows are sold out, with just resale tickets available, but we have face value tickets for all remaining dates available now, priced from £21.50.

The Tinie Tempah tour continues onto to Wembley Arena, Nottingham, Aberdeen and a second date in Glasgow. We have tickets for the dates (some with Nero in support) also priced from £21.50.