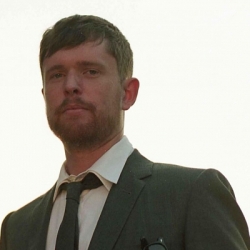 In music, a lot can happen in 12 months. For example, you could be called James Blake and write sparse, glitchy, electronic, urban-soul songs with wacky titles, hear them played on radio shows by cool bods such as Gilles Peterson and Zane Lowe and have them termed as 'Hottest tune of the week' or whatever.

Then you could issue your debut album a little while later, see it bother the Top 10 in the album listings and get nominated for a plethora of awards such as the 2011 Mercury Music Prize. And this is all without mentioning his nape-hair tickling cover of Feist's "Limit to your Love".

Mr Blake has indeed had a busy 12 months, but as a producer and singer, he'd already been busy during the previous year honing his skills with a few limited vinyl-singles such as "Air & Lack Thereof" and "The Bells Sketch" on the Hemlock Audio input, before gathering the best tracks from those EPs and issuing his debut album. He's just issued the singles "Lindisfarne" and "Order", plus aired a new track or two at recent shows.

Talking of gigs, Blake has earmarked a handful of dates in November to follow up his Edge Festival slot at Edinburgh's Liquid Rooms on 30th August (£10 - still available). First stop is Leeds on 25th November, followed by a Warehouse Project show in Manchester on 26th, Bristol on 29th and London on 30th.

Tickets are available for all shows, starting at £10 and rising to £17.50 for the Manchester show, which also features other R&S electro-acts such as Pariah and Blawan. Demand will once again be high for James Blake - he might even win that Mercury Music Prize before then!