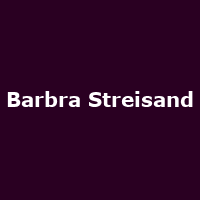 The latest Barbra Streisand album, "What Matters Most", is set for official release on 22nd August - her first full-length set since 2009's "Love is the Answer". The album sees Barbra team-up with long-time songwriters and collaborators, Alan and Marilyn Bergman, to deliver an entire collection of their songs, ten of them never having been recorded by Streisand before.

Tracks on the album include: "The Windmill of your Mind" (from the film, Thomas Crown Affair), "Nice 'n' Easy" (made popular by Sinatra) and "That Face" (crooned by Fred Astaire), as well as familiar previously issued songs such as "The Way We Were" and "You Don't Bring Me Flowers". It's a treat for Streisand-lovers and Bergman aficionados alike - and below are the five winners of the album!

And the winners are...

Facebook followers Celia West, Francesca Light-Wilson, Jesse Partington, Katherine Adams and Kim Dolman will all shortly be receiving the album in the post.

The Barbra Streisand competition was the first in our series of award-winning female singers, with entry being made simply by following our Facebook page (www.facebook.com/allgigs) and "Like"-ing the competition entry. The second was for a copy of Doris Day's new album 'My Heart' - which closes at midnight on Friday 12th August. The third and final competition in the series is Dolly Parton - watch this space!

'What Matters Most' is available on pre-order at Amazon, costing £8.53.