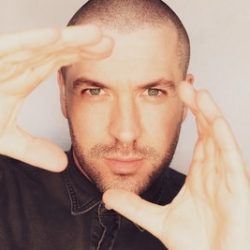 The show, an immediate hit when it debuted in LA in 2006, opened Off-Broadway in 2008 and is now being made into a film rumoured to feature (are you sitting down?) Tom Cruise, Russell Brand, Alec Baldwin and accent wanderer Catherine Zeta-Jones.

Collins will be making his second West End stage appearance after three shows playing Mr Cellophane in Chicago in 2009 as part of his Sky TV show 'JLC is' Shayne Ward was the winner of the second series of ITV ratings-botherer the X Factor.

Ward also has the honour of claiming the third quickest selling single of all time in the UK when 'That's My Goal' (over there) sold 313,000 copies on its first day of release, behind Elton John's 'Candle in the Wind' and Will Young's 'Evergreen'. Some chart, that.

We have tickets available now for all dates, starting at £20, with some performances already selling out.

Note that due to prior commitments, Shayne Ward will not be appearing on 17th September or 19th November.