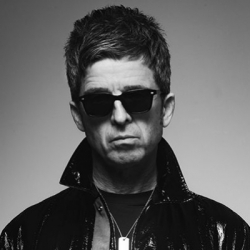 Fresh from another spat with Our Kid, Noel Gallagher is getting back to what many think he does best - making music.

With his new band going more or less head-to-head with his little brother's Beady Eye project, High Flying Birds are releasing their first single, 'The Death of You and Me', in late August.

Already in heavy rotation on XFM and 6 Music, it is, perhaps, reassuringly similar to much of Oasis' later output. Except of course, Noel does the singing. That said, audiences got used to the older brother taking the lead when, playing Pete to Noel's Carl, Liam would go for some quiet time to think about what he had done and miss the odd gig.

Although, more recently, Liam's new-found eloquence and ability to embrace the publicity machine have led to suggestions that, in Oasis, he was far less of a bad wife than previously thought.

That aside, with Noel Gallagher at the helm, High Flying Birds are likely to maintain a high calibre of output. Liam's seems to be a riff-laden, guitar-driven sound, with Noel delivering a more mature, melodic output - The Beatles to Liam's Quo, or Blur to Liam's Oasis (boom).

With his trigger finger getting all itchy, Noel Gallagher is taking his new band on the road with three dates announced for October 2011, with more anticipated. The eponymous debut album from High Flying Birds is set for release on 17th October with the tour beginning the week after.

The three dates announced so far are at the Olympia Theatre, Dublin, on 23rd October, Edinburgh's Usher Hall (27th) and finally the Hammersmith Apollo on 29th October.

We will have tickets for all three gigs when they go on sale on Friday 5th August at 9AM, priced from 49.50 for Dublin (prices TBC for Edinburgh and London).