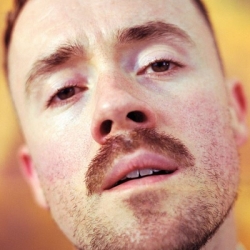 Hailing from the same part of the world as Professor Green (and a similar stable of rap-stylists, it has to be said), Maverick Sabre has been drawing heavily from his experiences of growing up in Hackney for the past few years now, slowly building up a posse of admirers and, most recently, a prime spot at Ibiza Rocks in support of Tinie Tempah.

Tracks like "Where We Gonna Go", "Sometimes" and his collaboration with Professor Green, "Jungle", have elevated the singer to the position he's in now - poised with a debut album and a full UK tour. He's just sold out a 100 Club show in a matter of minutes and had the pleasure of Jools Holland introduce him on Later...

Currently sitting in the Top 20 with the smash single, "Let Me Go", Sabre's self-titled opus won't be appearing until November, but will include his recent singles and follows a UK tour set to start in October.

Note that the tour has been re-jigged so that it now starts in Oxford on 25th October (was originally due to start in Manchester on 14th). Following Oxford are Portsmouth, London and the rescheduled Glasgow, Birmingham, Manchester, Newcastle, Sheffield, Liverpool, Leeds and Norwich, before crossing the Irish sea for dates in Galway, Dublin and finally Belfast on 13th November.

Prior to the tour, Michael (that's Maverick Sabre to you) will play as part of the annual Guinness Arthurs day on 22nd September, along with Labrinth, Sunday Girl and Starsailor's James Walsh. Face value tickets have long since sold-out, though, with just resales available now.