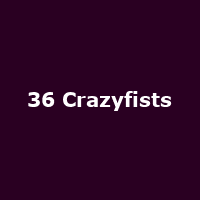 If you were hoping to catch 36 Crazyfists on tour later this year, you might have to think again - they've had to cancel their UK tour due to a serious family illness. The tour, which was to feature Tennessee rockers Straight Line Stitch was only announced at the end of May.

Lead singer Brock Lindow had this to say:

It is with great sadness that I am writing you all to let you know that we will not be able to tour Europe in October this year. I have a family member who is very ill and I must be at home to help and support my family in every way I can.
We will definitely make it up to all our friends who had planned on attending the shows. All of you mean everything to us and we are so grateful...
Thanks for your understanding and we will see you with a new album next year.

Anyone with tickets should contact their ticket agent for refunds - the dates are not due to be rescheduled in the near future.