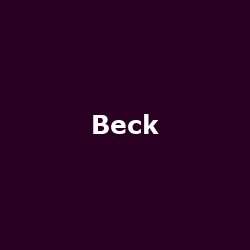 Last year, the influential alt-rock band, Pavement, regrouped and performed a few exclusive shows, including four nights at the Brixton Academy, an event that saw three of those gigs selling out, such is Pavement's clout. But it's back to new material for Stephen Malkmus from now on - he and his band The Jicks are back in town with a new album and a UK tour.

On 22nd August, Domino Recordings will release their new album, "Mirror Traffic", which has been produced by another alt-rock luminary, Beck (who we also haven't heard from in a while). It'll be preceded by the single "Tigers", which you can listen to by clicking the player above - it's a rather summery two-minutes, I'm sure you'll agree. In fact, according to Malkmus, "this record is relatively approachable".

Meanwhile, the band have announced some long-awaited shows to promote the album, starting with Dublin on 9th November, followed by Manchester, Glasgow, the Leeds Constellations Festival (along with Wild Beasts, Yuck and many more) and finally London on the 14th. Tickets are on sale from Friday morning at 9am. The Dublin show will cost 20, it'll be £16.50 for London (less for the regional gigs) and tickets for the Leeds Constellations date are on sale now, costing £29.50.