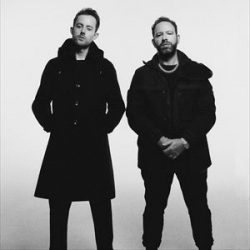 Everyone's favourite drum'n'bass and house outfit are giving the public more of what they want with another four dates announced for later this year.

The 2008 debut LP from Londoners Saul Milton and Will Kennard may have spawned a couple of dance chart No 1 singles but it was the 2011 follow-up, 'No More Idols', which cemented their status as headliners with broad appeal.

The sophomore record peaked at No 2 in the UK album charts and the Daniel Wolfe-directed video to 'Blind Faith', an homage to the 90s' illegal rave scene, had 30-somethings everywhere misty-eyed and dusting off their glowsticks. A Chase and Status show is a party that everyone wants an invite to.

In a summer that has already seen Saul and Will appear at Glastonbury, Benicassim, Wireless, Oxegen and Global Gathering, they look set to clock up another 50 or so gigs this year (as they did in 2010) as their stock continues to rise.

The four additional dates are in Carlisle, Birmingham, Plymouth and Hatfield on 16th, 17th, 22nd and 23rd November.

These gigs are in addition to existing October tour dates, which are all now sold out. The boys will also play their fifth date in the capital this year(!) on 25th November at the UKF Bass Culture event in the rather nice Alexandra Palace, with DJ Fresh, Zane Lowe and Radio 1's MistaJam providing some DJ action on the night. Just added are: Funtcase [don't ask Andrew Marr to say that name live on the radio - Ed], Flux Pavilion and Roksonix. Tickets for the night cost £30 - on sale now.

We still have tickets available - check here for the full list: www.allgigs.co.uk/search/tourdates/57950/Chase_And_Status-1.html