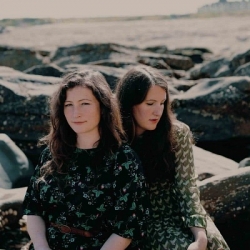 Award-heavy English folk royalty, The Unthanks, are set to boost their CV once more with a series of autumn and winter 2011 shows.

Just three months after the birth of their first child, Rachel Unthank and Adrian McNally (producer, manager, drummer, husband) will be leading the 2008 Mercury Prize-nominated Northumbrians in a joint venture with the Brighouse and Rastrick Brass Band.

The current national brass band champions will follow their July performances with The Unthanks with another round of shows in September. But the collaboration is more than a full band simply beefing-up the horns in existing compositions.

The joint autumn performances take place in Manchester, Leeds, Bristol, Northampton and Derby between the 13th and 25th September.

Further to that, The Unthanks will be performing 'conventional' folk gigs in December, bringing their Mercury-nominated, Radio 2 Folk Award-winning back catalogue to the capital and then to the South West.

The December dates begin at St James' Church, Piccadilly, on the 2nd, followed by Falmouth's Princess Pavilions (10th) and The Pavilion in Bath (11th).

We have tickets for the December dates, including one-or-two brass gigs, available now. The December shows are £17.50 (£19 for London), while the performances with the Brighouse and Rastrick Brass Band are priced around £15.

The Unthanks continue to perform throughout the late summer, playing the Greenbelt Festival in Cheltenham (29th August), End of the Road Festival 2011 (3rd September), the Electric Picnic 2011 in Ireland (4th September) and Bestival 2011 on the Isle of Wight (11th September).