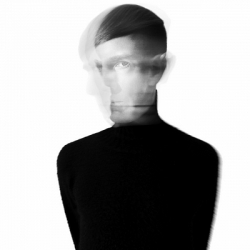 Richie Hawtin's alter ego Plastikman, a vanguard for innovative, interactive live electronic dance performance, will undertake three UK dates in December. After a year of preparation, Plastikman's first standalone tour culminates in a handful of gigs that will showcase the very best in performance technology.

A decade after its birth, the Plastikman concept returned in 2010 with a new show which debuted at Timewarp in Germany, stunning audiences and winning wide acclaim. The reputation of Plastikman Live 1.5 as a groundbreaking and breathtaking show was enhanced further after appearances at festivals around the world.

The interactive element of live music moves to a new level with Hawtin's iPhone App, 'SYNK' (itunes.apple.com/us/app/synk/id354695489), which enables audience members who have downloaded the software to enjoy a unique interactive experience, including live chat and live behind-the-curtain camera feed. After the tour ends, Hawtin will once again remove his alter ego from the limelight to work on Plastikman Live 2.0.

Plastikman will be playing three iconic venues in early December, beginning at the Manchester Academy on 1st, followed by the Brixton Academy on the 2nd and then Barrowlands in Glasgow on Saturday 3rd December. Support on the UK leg of the tour comes from Magda and Ambivalent.

We will have tickets from 9AM on Friday 22nd July, priced £25 for Manchester and Glasgow and £27.50 for Brixton.

Ahead of the winter dates, Hawtin is appearing at the Ministry of Sound's South West Four Weekender on Clapham Common on Sunday 28th August. We have day tickets for £45 (weekend £85).