School's out - things to keep the kids busy for summer 2011 holidays!

Whether the prospect of six weeks school summer holiday makes you groan with horror or squeal with delight, the fact is, the little darlings will be 'bored' within a few days unless you plant a few key dates in the family diary.

And, looking at our list below, there's more than enough good stuff going on that it'd be worth borrowing some little ones just so that you can get along to fantastic events like The Railway Children at Waterloo station (I've got my eye on Thomas).

We've split our list into London and 'national' events to help you navigate, so pick some out and get them booked - we've tickets for all those listed.

If you don't, it'll be jumpers for goalposts in the back garden. In the rain. For six weeks. You know it makes sense.

Look out for Kids Week events too. For London performances of certain productions, a child aged 16 or under can go for free when accompanied by a paying adult. The next two youngsters can go half-price.

Three-day festival in Regent's Park from 5th - 7th August, aimed at the under-10s. With room for just 2,500 families, once you have paid your ticket price everything is free inside (apart from food, drinks and markets). Lollibop includes appearances from Dick & Dom, the ZingZillas and Charlie & Lola plus there's a Roald Dahl museum and loads more. Advance tickets for a family of four are £80.

This staging of the Edith Nesbit classic sees Bobby, Peter and Phyllis become 'the railway children' in the disused Eurostar terminal in Waterloo. The audience, seated at either side of the railway track, can watch the drama unfold with a real moving steam train. The trains will be running from 19th July to 8th September, priced from £22.75. Also part of Kids Week.

In the heart of the capital, Ripley's is five floors of oddities and weird and wonderful exhibits (more than 700 of them), designed to thrill and amaze the whole family. Believe It Or Not! is at Ripley's Museum on Piccadilly, booking until 7th October. Tickets for the museum, which is open into the evening (last admission 10.30pm), are priced £14.95 to £16.65. 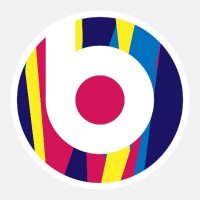 A unique, permanent exhibition dedicated to the history of popular music in Britain which uses special effects to show how rock, pop, dance and many other genres were formed and have influenced the last sixty years of British culture. Daily from 11am at the O2 Bubble (at the O2 in Greenwich). Tickets start at £10.

Four-day family festival of music, food, fun and great kids' shows in the setting of Hampton Court Green. There's the Theatre Tent, storytelling, funfair rides, face painting and animal farms, plus family-friendly pop. From Friday 26th to Monday 29th August, headline music acts are Imelda May, Björn Again, McFly and Sing-A-Long-A Sound of Music. Tickets are £25 for 13 years and over (free for under-12s), with savings for group bookings.

Relax, dinosaurs have not actually been unleashed. But they are being recreated in a life-size prehistoric exhibition for all the family, especially 'young budding palaeontologists aged 2 - 12', which is exciting, fun and rich in interactive experiences. In the Meridian Gardens at The O2, Dinosaurs Unleashed is now booking until the end of the year. Tickets are £14.25. update: the exhibition will now only run until 10th August 2011 at the O2. 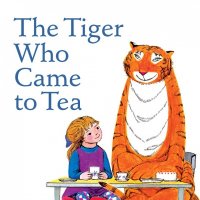 The doorbell rings just as Sophie and her mummy sit down to tea. Who's the surprise visitor? It's a big, stripy tiger. Judith Kerr's storytime classic is showing at the Vaudeville Theatre most days from 11AM, now booking until 4th September. Tickets £13 - £20. The Tiger Who Came To Tea is also part of Kids Week. 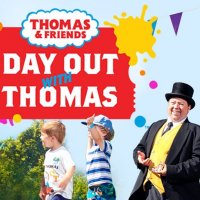 Throughout August, into September and beyond, the Reverend W. Awdry's enduringly popular blue steam engine and his many friends will be appearing at railway centres around the country. There'll be train rides, face painting and overweight Controllers at venues including Bo'ness & Kinneil Railway, Mid-Hants Railway, Kirklees Light Railway and loads more. Family tickets (two adults, two kids) are around £9, depending on venue.

This twist on the traditional Goldilocks tale is a summer pantomime treat for all the family with a script and songs by Dave Anderson and David MacLennan, suitable for 'broad-minded children of all ages'. Goldilocks will be taking to the stage and eating everyone else's porridge in the early afternoon at Oran Mor in Glasgow from 18th to 23rd July. Tickets are a tenner.

A family motorsport show, with outstanding performances from Motocross, BMX, Monster Trucks and car crashes, featuring top class TV and film stunt men and women. The Extreme Stunt Show is touring throughout July and into August, taking in Oxford, Leicester, Huntingdon, Ipswich and more. Tickets range from less than £10 to around £30.

If hundreds of pre-schoolers screaming 'YES. WE. CAN.' every thirty seconds is your toddler's idea of fun, then join Lofty, Scrambler, Bob and co as the Bob The Builder Live show continues to tour. Throughout the holidays, 'BTB' will be in Hastings, Whitley Bay, Newcastle, Grimsby, Clacton and Felixstowe. Tickets are around £14.