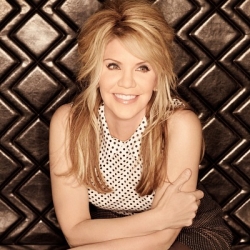 For someone who has shifted over 12 million albums, won over 20 Grammy awards - thus becoming the most 'capped' female performer and achieved global status, Alison Krauss has only just started to sink into the British consciousness since hooking-up with Led Zepper, Robert Plant, for the 2007 album "Raising Sand". Where have you been?

She's been signed to the same label for over two decades (Rounder) yet hasn't succumbed to dumbing down her music like some country artists I could mention. Instead, she's stuck to her country, bluegrass and American folk-roots pretty much all the way down the line - and that Plant collaboration IS a bit special.

Her other breakthrough has been with her band, Union Station - this year's "Paper Airplane" album actually threatened to break the UK Top 10 album chart, such was its reputation. Not too surprising then, to learn that it reached #1 in the American Country chart since its release in March. Our Becky reviewed it a few months back exclaiming it as, "...a good all-round album that would have greater strength when played live". Cue some tour dates...

Alison Krauss and Union Station will be playing a handful of November shows, starting with Birmingham on the 4th, followed by Gateshead, Belfast, Dublin and Glasgow until they hit London's Royal Festival Hall as part of the London Jazz Festival 2011. Yes, we did say 'jazz festival' - don't panic, this is all about the roots and joining Krauss and co will be dobro-maestro, Jerry Douglas.

We will have tickets on sale from Thursday (for London, regionals are on sale from Friday), priced at £45 for the London shows. Demand will be high.