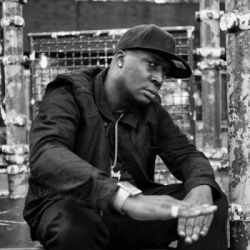 This Saturday 16th July, London's Scala will stage the Street Sounds UK Fresh reunion - a full-on wildstyle hip-hop, electro and b-boyz and girlz music and dance night, marking the 25th anniversary of the very first UK Fresh concert. The night will bring together some of the key movers, shakers, turntablists and street-artists from the golden era of beatboxes, sneakers and lino-squares.

Courtesy of Street Sounds supremo, Morgan Khan, Londoner Jo Ashby and friend have won themselves tickets for the night, which will be hosted by BBC Radio's Dave Pearce, with appearances and performances from Newcleus, Captain Rock, The B Boys featuring DJ Chuck Chillout, Arthur Baker and nu-electro stars, Lektroid and Xidus. There is also an exhibition of Street Sounds memorabilia and graffiti, as well as B-Boy battles and much more. If you want to dig up the true roots of the UK hip-hop scene, then look no further - you HAVE to go!