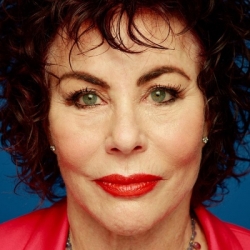 Ruby Wax, the American writer, broadcaster and comedienne who's always been big 'over here', has checked in into The Priory clinic as a patient on three occasions. She's also been back a dozen times in her professional capacity as an entertainer, putting on her show about the stigma of mental illness.

It's classic Wax - taking the issue by the throat and throwing it in the face of the audience. Except this was much more personal and she hadn't always been able to be so open about her troubles.

In the mid-'90s, after the birth of her third child, Wax was finally diagnosed with bi-polar disorder, so-called manic depression, and her demons had a name. In 2006, another entertainer, Stephen Fry, had recorded a documentary about his own manic depression and, with the wider awareness of bi-polar disorder, came the shocking statistic that one in four of us suffer with mental illness at some time in our lives.

It doesn't sound like a laughing matter but, as Wax has pointed out, if you can get a laugh out of a manic depressive then you're doing something right. Her show, Losing It, is a co-production (and performance) with singer-songwriter Judith Owen, herself no stranger to depression.

Partly therapy (for audiences and performers) and partly to improve awareness, Losing It is about the ' toxins' of modern life; about money, fame, success, envy, being a successful parent and, above all, 'staying busy while looking like you're having a nice day'.

Wax's wit and Judith Owen's songs give Losing It a bittersweet poignancy alongside many laugh-out-loud moments, and it will be transferring to the West End's Duchess Theatre from 31st August to 1st October 2011 after a run at the Edinburgh Fringe.

We have tickets for the Duchess dates available now, priced from £25.