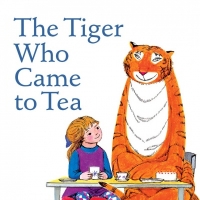 The phenomenally successful and much-loved London theatre Kids Week (actually a fortnight) is back from 12th - 26th August 2011.

Run by the Society of London Theatre and now in its 14th year, Kids Week is a chance for youngsters up to 16 years old to see a selection of some of the West End's most exciting and high profile shows for half-price or, better still, for free.

During Kids Week, a child can see a selection of shows for free, plus two additional kids can go at half price (per transaction), as long as they are accompanied by a full-paying adult. Added to the fiscal savings are the added bonus of special "activity" dates designed to get your kids involved in aspects of the show.

Check out the selected highlights of all the shows we have tickets for, which go on sale Tuesday 12th July at 10am - see below for full listings.

Note that some shows have advisory age limits, so double-check before booking.

Andrew Lloyd Webber's The Wizard of Oz The legendary tale of Dorothy and her dog Toto not being in Kansas anymore. L Frank Baum's perennial family favourite is showing at The Palladium and is a familiar musical treat for the whole family. Full ticket prices Â£25 - Â£62.50, 12th - 26th August.

Shrek the Musical Based on William Steig's book, the story of the lovable big green ogre, his princess and a donkey is known to all from the 2001 mega-hit DreamWorks film adaptation, and all the favourite characters are appearing at Drury Lane's Theatre Royal in a musical adventure. Tickets Â£20 - Â£65, 12th - 26th August.

Potted Potter With 'Pottermania' in full effect thanks to the recent premiere of the final (FINAL!) film in the series, why not treat your kids to a concise and funny round-up of the best of Potter at the Garrick Theatre? All seven Harry Potter books in seventy minutes, performed by CBBC's Dan and Jeff. Tickets Â£10 - Â£20, 18th - 26th August.

Les MisÃ©rables Mega-hit musical about released prisoner Jean Valjean and his search for redemption amidst the French Revolution, with a score packed full of modern classics. Based on Victor Hugo's 1862 novel, the show runs at the Queen's Theatre. Tickets Â£15.00 - Â£65.00, 15th - 24th August. Activity dates: 17th and 24th.