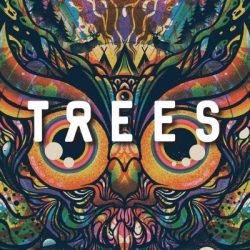 Now, just who are or what are The Travelling Band all about, I hear you chirrup? Well, they've been quietly going about their alt-folk and acoustic-rock business for around 5 years, forming in New York City during an unrelated recording session, a far cry from their North West England roots. A few years later their debut album, "Under the Pavement", caused enough ripples to convince Michael Eavis they were right for Glastonbury and enough to prompt Marc Riley of BBC 6Music to give them a whirl on his program.

Since then though, apart from a couple of EPs, it's all gone a bit quiet release-wise - until recently, that is. After signing to established indie label, Cooking Vinyl, The Travelling Band have issued a brand new album entitled, "Screaming is Something", which features the mini-anthem, "Sundial". It's sold pretty well already, having 'sold-out' marked against it on the label's mail-order website!

Meanwhile, a huge tour beckons, one which I reckon might be worth a punt, especially after listening to the recent single, "Battlescars". You can listen to it as well by clicking on the video above (also available as a free download via www.thetravellingband.co.uk).

Apart from seeing the band live at this weekend's Eastleigh Music Festival 2011 (tickets cost £10 - they play on the Saturday), plus 2000 Trees, Cropredy, Standon Calling and some intimate South West of England gigs, they've announced a proper large-scale headlining "Screaming" UK tour starting on 12th October in Cambridge, followed by Guildford, Cardiff, Glasgow and several more until Chester on 5th November. There is a London show on the 3rd at the Borderline and most venues are small enough for an atmospheric (and quick-selling) show!

Tickets are on sale now, with prices varying between £4 (Preston, 25th Oct) to £10 (Manchester and London). Enjoy!