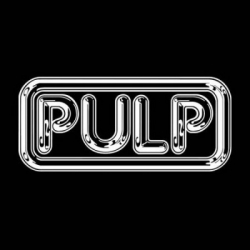 There are comebacks and there are comebacks - and then there is Pulp. After the relatively disappointing seventh album, "We Love Life" (in success terms, not so much the music itself), it would have been reasonable to presume that a reformation might be a pointless exercise. But apparently at Isle Of Wight they were phenomenal, at Glastonbury they enthralled and entertained 20,000 people with a surprise cheeky set and yesterday (Sunday) they amazed all with a greatest hits playlist at the Wireless Festival. T in the Park and the rest of the world - you have been warned because you're in for quite a show.

Their next show in the UK will be Reading and Leeds Festivals, before they head to Ireland for the Electric Picnic on 4th September. But wait a minute - what's this? An exclusive Brixton Academy show on 31st August? Really? Hell, yeah!

Confirmed by Pulp this morning and sure to sell out in minutes is the band's last UK show of the summer - a real treat for the fans, as well as those who detest muddy fields and rainstorms. Ticket prices have yet to be confirmed, but we will have them on sale from Friday 8th July at 9am! This is Pulp's first official headliner since their reformation in 2010 - will you remember this first time?

They will now play back-to-back dates at the Brixton Academy on 31st August and 1st September!