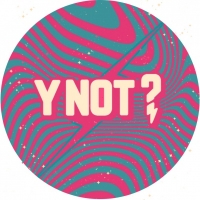 Last week we ran a wee competition via our facebook page (www.facebook.com/allgigs) to win a copy of 'The Wages of Fear' by upcoming British indie-rock outfit, Tellison - their second album.

Facebook fan Pete Red was selected at random and will be shortly listening to the album, about which reviewer Adam Hardy mused: "After years of touring and slots supporting the likes of Biffy Clyro, Hot Club De Paris and Jonny Foreigner I don't think it will be long until those bands are repaying the favour. Their sound is very much in the same vein as the aforementioned Biffy Clyro when it comes to doing big rocky numbers that make you dance like an idiot in your car as well as the slow soft numbers that tear at the heartstrings and bring you to tears".

If you're quick, you can catch the band on the tail-end of their June tour - they're playing in Milton Keynes tonight, Bristol tomorrow and finally London's Lock 17 on Thursday, with tickets ranging from Â£5 to Â£8.50 (London). The boys are also part of Derbyshire's Y Not Festival - playing on Friday 5th August, alongside The Go! Team, The Rifles, Futures, The Milk and more.

Watch this space for our next Facebook competition, but in the meantime, get "Like"ing our page, to stay up-to-date with the latest tours, festivals and shows in the UK and Ireland: www.facebook.com/allgigs