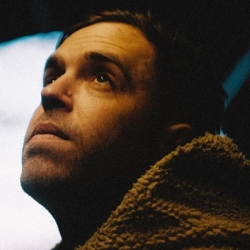 Benjamin Francis Leftwich has just two releases to his name to date; last October's EP 'A Million Miles Out' and a single, 'Box of Stones', which was released on Saturday. His debut album, 'Last Smoke Before the Snowstorm', will be released on 4th July.

In spite of this (to date) comparatively low yield, the 22-year-old folk singer-songwriter from York is already attracting a lot of attention, helped by some serious exposure from Radio 1's Huw Stephens. He's also working incredibly hard to bring his ethereal folky sound - which has earned comparisons with Jose Gonzalez - to as wide an audience as possible with a packed schedule.

This weekend, he'll be on the acoustic stage at Glastonbury (you might catch him on BBC Three if you're not going), he's at Lounge on the Farm 2011 in Canterbury (8th July), Oxfordshire's Truck Festival 2011 (23rd July), Camp Bestival 2011 (30th July) and a handful more festivals and a number of summer gigs, including support for James Morrison. He's also been supporting Noah & the Whale.

The 24-date headline autumn tour begins in Stockton on 30th September, taking in Lincoln, Glasgow, Exeter, Brighton and many more, including Union Chapel, Islington on 26th October. The final gig is at Morecambe Library (he'll have to be very quiet) on 30th October.

Tickets are available from 9AM on Thursday 23rd June for most gigs, with London and Bristol dates available a day later. Prices for all dates are £8, except for London which is £12.