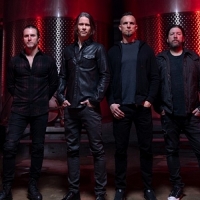 After the break-up of the phenomenally successful Creed in 2004, vocalist Scott Stapp went his own way while the remaining three, Mark Tremonti, Scott Phillips, and Brian Marshall, went on to found Alter Bridge.

After just three albums, Creed had entered hard rock history and shifted more than 25 million albums around the world. Following that was always going to be tough and Alter Bridge suffered something of a Creed hangover when they got together in 2004. Their first record, despite selling more than 750,000 copies in the US, received a cool critical reception and, perhaps unsurprisingly, Alter Bridge were accused of 'sounding too much like Creed'.

Even if Alter Bridge's success was modest compared with that of Creed, it did little to curb the enthusiasm of a massive fan base and the new incarnation went from strength to strength. Sophomore record, 2004's 'Blackbird', and then 'AB III' (2007) were both widely acclaimed and sold well.

Perhaps as an antidote to Creed's stratospheric success, Alter Bridge were evidently intent on playing mostly smaller venues but dates announced for the UK in November are exclusively arenas. But then Tremonti had also announced that 'Creed would never exist as a band again', only to reunite with Stapp and reform in 2009.

Curiously, the two entities seem to exist in parallel, with Tremonti, Stapp, Philips and Marshall back together in Creed while, without Scott Stapp, the other three are Alter Bridge, along with Myles Kennedy (the vocalist on Slash's solo tour). Must be awkward on occasion. "Er, sorry, Scott. But this is an Alter Bridge meeting. Creed is Thursdays."

Tickets will be available from 9AM on Friday 17th June, with prices starting at around £25.