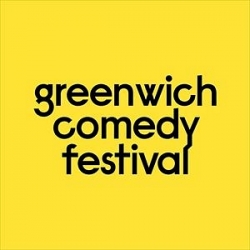 Cockney comedian Micky Flanagan's recent success is being rewarded with a 12-date residency at London' Garrick Theatre in the autumn.

Given that the 'Cockney geezer' is only performing at the Greenwich Comedy Festival (7th September - see below) between now and then, and considering that his recent 60-date national tour sold out almost every single night, it will come as no surprise that tickets for the dozen London dates are expected to be in very high demand.

The Whitechapel-born comic was a latecomer to comedy, not taking to the stage until he was into his thirties. Long before that, having left school 'without any qualifications' at 15, he worked in London's legendary Billingsgate Fish Market and ultimately went to university aged 29.

The fish-market-barrow-boy-made-good Cockney parable was complete when his stand-up career took off around five years ago and, in 2007, he was nominated for Best Newcomer at the Edinburgh Comedy Awards.

Now, with a 2010 four-part Radio 4 series under his belt, along with numerous high profile TV appearances ('Mock the Week', 'Michael McIntyre's Comedy Roadshow' and more), Micky Flanagan finds himself and his razor-sharp observational wit very much in demand.

The residency starts on Monday 26th September and runs until Saturday 8th October. Tickets are available now, priced at £23.50 for Monday-Thursday, £26 for Fridays and £28.50 for Saturday nights. Even Cockneys get Sundays off.