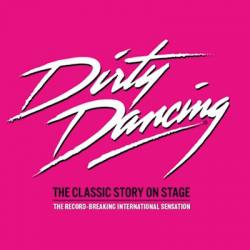 If you're going to remake or retell a legendary Hollywood movie, you'd better be careful not to pick anything too iconic. Imagine a version of The Great Escape without Steve McQueen, or The French Connection without Gene Hackman. Or The Italian Job without Michael Caine (!).

Of course, some would work better than others, especially if you were considering a stage version. A premise that lent itself to a stage would work really well; something set in a hospital. Or a prison.

Cool Hand Luke is a 1967 Paul Newman film about Luke Jackson, sentenced to two years for 'cutting the heads off parking meters', and his struggle to earn the respect of the other prisoners. He wins them over with his poker bluff (earning him the moniker 'Cool Hand'), by making (and winning) a wager that he can eat 'fifty boiled eggs in one hour' and by being a generally cool and good looking rebel.

The respected Luke engineers several escape attempts with the support of his fellow prisoners, with varying degrees of success, but, ultimately, none are successful. Adapted from the 1965 book of the same name, by Donn Pearce, the 2011 stage production runs at London's Aldwych Theatre from 3rd October, following previews from 23rd September.

Star of BBC shows 'Hustle' and 'Mistresses', and Sky One's 'Mad Dogs', Marc Warren tackles the lead role. Warren will need to make 'the role his own' if he's to shake the ghost of Newman's Luke Jackson but, if he can manage it, then the story and plot are more than good enough to fill and thrill a landmark West End theatre for many months. Let's hope he likes boiled eggs.

Tickets for Cool Hand Luke are on sale from today, ranging from £16 to £46 and the show is currently booking until January 2012.