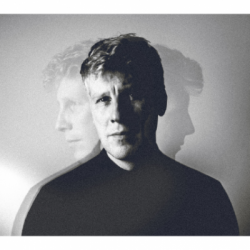 In 2007, Scott Matthews won an Ivor Novello award for his single 'Elusive', commended as 'best song lyrically and musically'. That's the headline award. Winners since have included Gary Barlow/Take That, Amy Winehouse and Elbow. Pretty esteemed company for the Wolverhampton-based singer-songwriter.

'Elusive' had featured on Matthews' 2006 debut album, 'Passing Stranger', which was re-released (as a suitably deluxe edition) in 2007 in the wake of the Novello win. The record had been warmly received and Matthews' attracted a good deal of support from the likes of Jo Whiley, Mark Radcliffe and Zane Lowe ('Elusive' was Lowe's Single of the Week) but the record-buying public seemed less convinced.

The Novello-winning track didn't make the top 50 in the UK chart and follow-up, 'Dream Song', fared even less well. The 2009 sophomore record, 'Elsewhere', was another critical hit but (comparative) commercial miss. Odd, really as Matthews' music is warm, catchy and accomplished.

So, to 2011 and Scott Matthews is releasing his third studio album, 'What the Night Delivers', and taking his new material - and his award-winning back catalogue - on the road.

Matthews is set to play Worcester's Marrs Bar on 17th June, The Troubadour Club, London, on the 20th and The Musician, Leicester, on the 23rd. The new dates begin in September, beginning at The Junction in Cambridge on 11th, and ending at The Plug in Sheffield on 28th October.

In the interim, Scott Matthews is playing Manchester, Leeds, Oxford and London, among others. Tickets for most dates are on sale Friday 10th June at 9AM priced at £12.50 (£15 for London).

Some tickets for the June dates remain, starting at £10, and are available now.