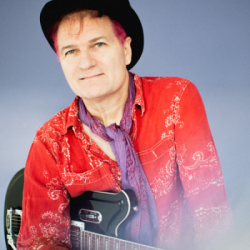 My first introduction to Roy Harper wasn't actually via the man himself, but on an album by 4AD's ethereal collective, This Mortal Coil. The song in question was the gorgeous "Another Day", a paean to lost love and the original of which I didn't hear until a few years later. They compliment each other rather well, although Harper's version is a bit special.

From that moment on, Harper's music has proven to be an engaging prospect, sometimes frustrating but often immensely rich with soft vocal harmonies and drifting melodies. If you've heard "One Of Those Days in England", you'll know what I mean - if not, check him out on You Tube as there are various solo works and collaborations with David Gilmour, Jimmy Page and Kate Bush on there.

His 70th birthday celebrations with special guests (TBC) will take place at the Royal Festival Hall on 5th November - tickets have pretty much sold out already. However, there is one other way to keep it in the family so to speak.

On Roy's collaborative album with Jimmy Page, "Whatever Happened To The Jugula", one Nick Harper appeared on it - just 16 years old and playing guitar. Nowadays, his son is busy recording his own material, including the recent "The Last Guitar". You can catch Nick Harper live at the Zigfrid von Underbelly in Hoxton on the night before his dad's big bash. Tickets for the ex-Squeeze member cost £12, or you can catch him in Oxford in December with Simon Batten - £11.