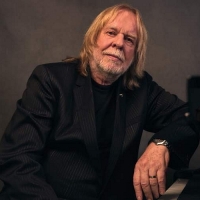 Shakin' Stevens is a legend. You don't agree? Read on.

It's been thirty years since 'Shaky' started bringing his weekly dose of rock'n'roll, blue jeans and white plimsolls into the nation's living rooms every Thursday night via Top of the Pops. If Stevens seemed like something of a throwback even then, it was with good reason.

In 1981 - as his chirpy cover of Rosemary Clooney's 'This Ole House' was getting toes tapping - Stevens was already 33 and had served a long rock'n'roll apprenticeship. Born plain ole Michael Barratt (in Cardiff) just after the Second World War, Shaky was married at 19. Ditching a job as a milkman, he fronted Shakin' Stevens and the Sunsets from 1968. After a decade of touring - including a slot supporting The Rolling Stones - Stevens was talent-spotted in London and ended up playing his idol, Elvis Presley, in the musical 'Elvis!'.

It was a high profile role with national press coverage. Extensive TV work followed his two-year stint playing The King and, after 13 years of hard graft, Stevens made his chart debut in 1980 with 'Hot Dog'. It was the first of around 35 (thirty-five!) consecutive top 40 hits for the Welshman. The next single - his chart breakthrough - was 'This Ole House'. It made No 1 in 1981 and was the first of four chart-topping singles for Shaky. The album it came from, 'Shaky', also reached No 1. It was true that that the nation's youth was turned on to New Wave, New Romantics and punk, but there was still room for Shaky.

In 1985, Shakin' Stevens became the first artist to have appeared on Top of the Pops 50 times (fifty!), and he still had another No 1 single up his sleeve, 'Merry Christmas Everyone'. If you're not sure which Christmas song that is, you'll start hearing it in Debenhams in mid-November.

After a break in the 1990s, Shakin' Stevens began touring again around 2000 and, fittingly - and deservedly - he has this year marked 30 years since that chart breakthrough with a tour. The original tour has been extended with four new dates in the autumn, after Shaky returns from some European shows and UK festival appearances

The legend that is Shakin' Stevens is appearing in Guildford on 12th November, Wolverhampton (25th), Glasgow (29th) and the Sheffield on Tuesday 6th December. Stevens is also appearing with Bill Wyman's Rhythm Kings and Rick Wakeman at Abbey Fest 2011 in Bury St Edmunds on 24th July (tickets available now at £36.50).

Tickets for all shows are on sale now - Glasgow and Sheffield went on sale this morning. All 30th anniversary tour (part 2) tickets start at around £20. It'll be a riot.