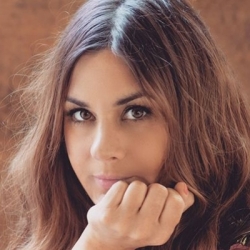 Around a year ago, very few people had heard of Rumer. Yet, in November, she will play the Royal Albert Hall and it will sell out.

Add to the story that she was discovered by Steve Brown, who played Glen Ponder, the leader of Alan Partridge's Knowing Me Knowing You house band ('Ferrari') and you've got something of a fairy tale. All that remains is some distant music teacher who once proclaimed that she would amount to nothing (there's no record of one).

But Rumer's story is not one of overnight success. Her breakthrough, aided by commercial radio station Smooth FM among others, was a decade in the making. Born Sarah Joyce in Islamabad, Pakistan, Rumer's songwriting was heavily influenced by the trials of her personal life, not least her mother's battle with breast cancer.

From such darkness, Rumer produced songs of warmth and grace, delivered with a voice compared to that of the hitherto incomparable bell-like tones of Karen Carpenter. In 2010, Rumer found the largest possible single UK audience - the listeners of Radio 2 - and never looked back.

Singles 'Slow' and 'Aretha' were massive radio hits and debut album, November 2010's 'Seasons of my Soul' made the UK top five. In January 2011, Rumer was nominated for two BRIT awards.

The tour starts at the Blackpool Opera House in 10th November, closing at the Royal Albert Hall on 22nd November, taking in Sheffield, Ipswich, Cardiff, Nottingham and more in between. Before that she's appearing at Glastonbury 2011, Hard Rock Calling 2011 and the free iTunes Festival London 2011. She will also play as part of the line-up for the special John Barry: The Memorial Concert later in the month at the Royal Albert Hall (face value tickets now sold out) and will play support for Elton John's Hatfield House gig in July.