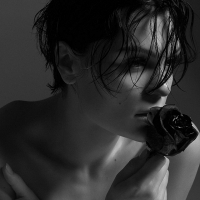 Fresh from a sell-out spring tour and with a whole host of summer festival appearances lined-up, BRITS Critics Choice award winner Jessie J will be embarking on an autumn 2011 UK tour from 17th October.

As predicted by the BBC, as winner as their Sound of 2011 poll, 23-year-old Jessica Cornish is having quite a year. Debut single, 'Do It Like a Dude', reached No 2 in the UK with follow-up, 'Price Tag', going straight to No 1 in the UK, Ireland and New Zealand and top ten in 19 other countries. Debut LP, 'Who You Are', made No 2 in the UK on its February release.

It's fair to say that those early predictions of success seem pretty accurate. Whether Jessie J will outlast the initial (and inevitable) crest of success in response to the BRITS and BBC nods remains to be seen but the autumn tour should offer some clues.

Chart success behind her and a popular debut album in the bank, the dates will be an opportunity to hear some new material no doubt crowned with megahit Price Tag. The tour begins at the O2 Academy in Birmingham, taking in Doncaster, Manchester, Plymouth, Cardiff, the Hammersmith Apollo and more, before closing at the Brighton Centre on 3rd November.

Tickets are on sale Friday 3rd June at 9AM. Price Tag starts at around Â£23.