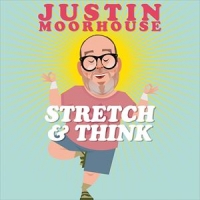 You could be forgiven for not immediately knowing who Justin Moorhouse is. But once you'd seen his face, you'd probably recognise him as Young Kenny in Peter Kay's Phoenix Nights or from TV comedy panel shows, on which he is a frequent guest.

You might have seen the former milkman and comedy latecomer on Michael McIntyre's Comedy Roadshow on BBC1 or, if you live in Greater Manchester, you might know him from his daily radio show on Key 103 (formerly Piccadilly Radio, wireless buffs).

Live radio reveals a razor-sharp mind and blisteringly funny way with words and, unsurprisingly, he's a top stand-up, as his telly slots attest. If you don't live in the city (poor you), then you'll have to make do with his forthcoming Radio 4 show, Everyone Quite Likes Justin.

He's also a regular at the city's comedy clubs but, again, if you're unlucky enough to not live in Manchester, you can always catch him on his 20-plus date forthcoming tour which kicks off in Swindon on 18 September 2011.

Following dates in Blackpool, York, Blackburn, Colchester, two nights in Preston, Derby, Darlington, and many more, Justin ends the run in Canterbury on Saturday 12th November. Tickets for most dates are available now, starting at around Â£15.