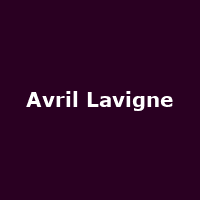 Let's rock. Canada's favourite pop pipistrelle has released her fourth album and is bringing the new material to these shores in the autumn for just two dates.

It's been a decade since the 16-year-old from Ontario signed a two-album deal that launched her onto an unsuspecting (and date-of-birth checking) public. The youngest ever female solo artist to top the UK album chart (at 17), Lavigne was born six weeks after MTV launched in the US and grew up with VJs, the Real World, a scorched Michael Jackson in Pepsi ads, video games and the internet. And it showed.

In spite of her youth (and no doubt thanks to some sage management), Lavigne was a brilliantly-packaged world-wide hit. Memorable videos (shown endlessly on MTV), self-penned catchy pop-rock singles and an image as the loveable rebel, Lavigne quickly conquered the globe.

After 'Complicated' had topped charts all over the world and collected an MTV and Ivor Novello award on the way, little Avril offered 'Sk8ter Boi' as a follow-up. We mocked its cod MTV sentimentality and frankly ludicrous syntax before realising this was exactly how 21st century teens were behaving and communicating - and then doing lots of lolz.

The album that spawned those singles and many more, '2002's 'Let Go', was an absolute smash hit, shifting more than 16 million copies worldwide. Her four albums to date have sold over 30 million copies but this hasn't stopped Lavigne moving into acting and also becoming something of a philanthropist (the Avril Lavigne Foundation was set up in 2010 to help young people with serious illnesses and disabilities).

Just two gigs at these magnificent if comparatively modest venues, means that tickets are likely to be in extremely high demand when they go on sale at 9AM on Friday 27th May. Prices start at around £30.

With tickets for the initial London date selling-out, Avril has now announced a second date at Hammersmith Apollo on Thursday 22nd September. Tickets cost £32.50 and are on sale now.