What KT did next? A 2011 UK autumn tour - KT Tunstall tickets on sale Friday 27th May 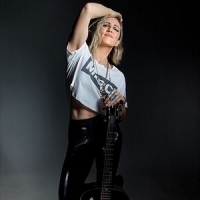 It wasn't quite up there with Oasis appearing out of nowhere in 1994 to thrust Supersonic down the throat of a generation on post-pub point-and-laugh genre-busting TV monster, The Word, but when KT Tunstall appeared on 'Later with Jools Holland' in 2004, her life changed lanes.

Another pretty singer-songwriter with another guitar became a performer of presence, guile and rhythm the moment Tunstall launched into 'Black Horse and the Cherry Tree'. Powerful and soulful, these early intimate displays were a victory for substance over style. Despite only getting the gig the day before, Tunstall upstaged The Cure and Embrace on Jools. A star was born.

By the end of 2004, debut album 'Eye to the Telescope' had been released. A hit the world over, it was nominated for the 2005 Mercury Music Prize (losing out to Anthony and the Johnsons) and sold more than 2.5 million copies. Sophomore record, 2007's Drastic Fantastic proved a strong follow-up and made the top ten in the UK and the US.

The BRIT winner and Grammy nominee is embarking on a short autumn 2011 UK tour with eight dates announced so far. The run kicks off at Warrington's Parr Hall on 31st October, ending a fortnight later at Edinburgh's Liquid Rooms. KT Tunstall also plays Basingstoke, York, Aberdeen and Islington's Union Chapel, among others.

Tickets are on sale at 9AM on Friday 27th May, typically starting at £20.