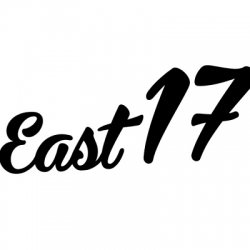 In Eastenders' Albert Square, in the fictional London postcode district of E20, one of the nation's favourite soap operas reveals new levels of gloom and melodramatic disenchantment weekly. Yet, for nearly two decades now, the real drama has been just down the road in E17, in Walthamstow.

In 1991, Tony Mortimer presented his growing catalogue of house-influenced R'n'B to approving record company execs who had one condition before signing him up - he needed a band. From Mortimer's native Walthamstow came Brian Harvey, Terry Coldwell and John Hendy and East 17 was born. It was the making of Mortimer. And very nearly the death of him.

Filling a gap we never knew was there - somewhere between Take That, Vanilla Ice and NWA - East 17 were an early nineties success story, shifting millions of records. Their only number one in the UK was the comparatively unrepresentative and saccharine 'Stay Another Day'. It was at the top of the charts for more than a month and was the 1994 Christmas number one.

Tracks like 'Deep', 'It's Alright' (No 1 in Australia) and breakthrough, 'House of Love', made Walthamstow's finest a commercial success and a household name. But all was not well in the house of East 17.

Brian Harvey had completed his transition from recruited backing vocalist to lead singer while Tony Mortimer was cast as the dutiful, diligent partner, quietly writing all the hits and making sure everyone kept it tight. Or at least that's how it looked.

It wasn't long before Harvey had his bigger-than-Jesus moment, announcing that taking drugs was 'cool'. Quickly jettisoned, a three-piece East 17 stumbled on before Mortimer packed it in in 1997. In 1998, Hendy and Coldwell formed 'E17' with Harvey and made another go of it but, without Mortimer's Midas touch, soon floundered.

Brian Harvey made the news in 2005 for somehow managing to run himself over with his Mercedes. After reported suicide attempts, this physical battering at the hands of exquisite German engineering proved Harvey's nadir. After a one-off reunion in 2006 (including Mortimer), Harvey led Coldwell and Hendy as a three-piece but left in 2010 - just as Mortimer was slated to return. Eat your heart out, Den and Angie Watts.

So, into 2011, the steady hand of Tony Mortimer is back on the rudder and Blair Dreelan has been recruited to make up the four with Coldwell and Hendy (now an erstwhile roofer). Their hit House of Love was recently used as the soundtrack to a T-Mobile spoof Royal Wedding viral hit, East 17 are refreshed and the nation is in the mood for a bit of nineties nostalgia.