You know he's got soul? Cliff Richard to team up with Motown legends for Soulicious October 2011 UK tour 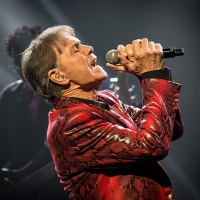 Every so often, well-known and established artists get a bit 'Memphis' in their lives - it even happened to ruddy Wet Wet Wet in the '80s. Now perennial British pop legend, Cliff Richard, has been bitten by the soul bug by recently recording in the famous blues 'n' soul US city - but he wasn't alone.

Cue a steady stream of legendary collaborators to steer our Cliff away from the thumb-snapping and finger-clicking pop fodder, towards the more soulful end of the spectrum, and you get Soulicious, a tour (and most probably, an album of the same name at some point) jam-packed full of classic Motown, Stax and Atlantic numbers, plus a healthy handful of what he does best, his own catalogue and a pretty sizeable one at that.

The tour will begin in Nottingham on 15th October, followed by Manchester (17th), Liverpool (19th), Birmingham (two nights, 22nd and 23rd), London's O2 (two nights, 25th and 26th) and finally Newcastle on 28th. Apart from London, the south has been short-changed, but his tour promoter, one David Gest, might check his map at a later date. Meanwhile, ticket prices will start at (cough) £60 and go on sale on Sunday (apt for Cliff, methinks) 15th May.

For your money, you can expect appearances from Percy Sledge, Billy Paul, The Temptations with Dennis Edwards, Candi Staton, Deniece Williams, Lamont Dozier plus special surprise guests (doubtful that's gonna be Dizzee Rascal, folks) all performing with Cliff as well as delivering a key signature tune from their own repertoires - "When a Man Loves a Woman", "Me and Mrs Jones", "Young Hearts Run Free" will surely feature. It doesn't take a genius to work out that this tour could well sell-out in advance - so make sure you're 'wired for Cliff' at the weekend.