The Week Ahead from Monday 16th May 2011: Manic Street Preachers, Suede, Duran Duran, Mercury Rev, Queens Of The Stone Age and more 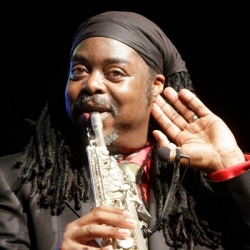 We have an incredible week coming up for you, featuring huge names from the world of rock and pop including classic album tours from Suede and Mercury Rev. Festivals are also in abundance, most of them in the North, including Friends Of Mine, plus the arts section features the debut of David Tennant's next stage work - no mention of Doctor Who, we promise!

The Welsh wizards are playing two dates in their homeland on Wednesday (Llandudno - sold out) and Saturday (Cardiff - still available for £27.50), both of which bookend a stop-off in Wolverhampton on Thursday which has also sold-out (apart from a few resales).

Surprisingly, the Brit-rock favourites haven't sold out all three of their classic-album trio of dates at the Brixton Academy next week - just the second night, featuring "Dog Star Man", has run out (save for a few resales). You can still get into the other two nights for the debut album or the excellent "Coming Up" for £29 for circle seats only. Chapel Club support (and they're good, trust me).

Will Simon le Bon and co ever stop playing live? Unlikely with a new album on the bubble - they begin a full UK tour on Wednesday in Newcastle, before stopping in Glasgow, Birmingham, London etc until Sheffield on 4th June. Tickets are around £30, except Brighton and Bournemouth - they've sold out.

Celebrating the 13th anniversary of their classic "Deserter's Songs" album, the Revsters will perform the whole darn thing in Dublin (Wed), Edinburgh (Thurs - sold out), Manchester (Fri) and London (Sat). Tickets range from £19.50 to £25 and you can expect "Opus 40", "Holes" and "Goddess On A Hiway" amongst the set-list.

Queens Of The Stone Age

Josh Homme's return to the music scene, via QOTSA reissues and some new dates, has been celebrated by fans already - all of their upcoming headlining dates in London, Dublin, Glasgow, Manchester and the later Bournemouth have sold out. This leaves you with Glastonbury as your only chance to catch them this time around, that is until the new album arrives!

What a top idea - ask your fans where you would like your band to play next and Bob's your uncle! The Kooks are therefore visiting unlikely spots such as Hartlepool, Gt Yarmouth and Inverness during the next couple of weeks, kickstarted by their sold-out appearance in Liverpool's St Luke's Church. Heavenly stuff indeed - especially at £20 for the remainders.

Their new album, "Ornaments From The Silver Arcade", appears to have passed a few people by so far, but BBC 6 Music have been playing a few tracks and sounds good to me. You should check out their tour from Monday onwards - it starts in Newcastle, ends in Hatfield (on the 28th) and diverts via the massive Friends Of Mine fest in Manchester (see below). Tickets are only a tenner!!

Also only costing a tenner, except the opening night in Manchester on Wed and the closing night in Camden, London on 31st May, is the upcoming tour from college-radio posters, The Hoosiers. Calling your retitled and rereleased second album "Bumpy Ride" might not be a wise move, but it probably doesn't refer to this tour - they've already sold out Stoke (Sat), for example.

The two key writers in Ocean Colour Scene are back on the road with an acoustic tour of the UK next week, starting with Manchester on Sunday night. They've sold out a handful of the gigs already, although the 2nd night in Stoke plus Durham and Wakefield are up for £14.50 - £16.

One of the fore-runners of the prolific DIY indie-labels era (1978-81) hooks up with a sardonic Midlander for some serious chin-stroking post-punk regalia. Richard Lloyd's Nightingales will team up with anti-comedian Ted Chippington for a string of cheap dates, starting in Exeter (Thurs) and continuing through to Brighton on 29th May. From £5 upwards for a bit of history? Bargain....

BBC Sound of 2011 nominees Mona have a couple of big support slots on the way with Kings Of Leon and Morrissey in the summer, but headliners abound before then. London is the first stop on Tues, followed by Sheffield, Coventry and more until Birmingham on 1st June. Tickets are £5 - £10.

If you like a good old squirt of lo-fi shenanigans then TVEGC are right up your avenue. They play their hometown Cardiff on Tuesday, followed by Camden (Wed), Leicester (Thurs), Leeds (Fri), Sunderland (Sunday) and finally Nottingham (Mon). The third album is due but, meanwhile, cop one of these from just £4 upwards.

A handful of gigs awaits Manchester's Dutch Uncles, recipients of a 5-star review on this very site for the album "Cadenza". Newcastle is the first stop on Friday, with the remaining dates taking place during the following week - and, once again, tickets are a wallet-tickling £5 upwards!!

Doom metal is a term to put most people off but My Dying Bride have been rather good at it for 20 years - so much so that Peaceville Records are issuing a compilation called "Evinta" next week to coincide with these rare UK dates. Tickets cost from £15 upwards with the first stop being Islington on Wednesday.

They don't perform over here too often so this quintet might start selling out at the last minute - the tour kicks off in Sheffield on Monday, followed by Glasgow, Manchester, Bristol and finally a biggie at the Barbican on 3rd June. They've just cracked the album chart with "C'mon", their recent album.

One of Britain's leading jazz saxophonists turned bass clarinettist (as on new album "Europa"), will play a contrasting pair of concerts next week, starting with the Lincoln School Of Performing Arts on Friday (still available at £15.50) and finally the Leicester Square Theatre on Saturday (also still up at £26.50).

An unforgettable experience awaits anyone heading to see this fabulous African harmony group, active now for three decades and back on the road for more UK dates. A couple in the summer (Preston and Bexhill) are preceded by St Albans, London and Oxford, the first of which is sold out completely.

Also happening this week (and this is but a tip of the iceberg) is a full UK tour from LA-based Funeral Party, with Tribes in support, Chicago funk and hip-hop outfit Hypnotic Brass Ensemble on tour (including two nights at the Jazz Cafe from Sunday), a full jaunt by extreme noise bullies Earthtone 9 (with Maybeshewill and/or The Ocean in tow) and Florida alt-rock trio VersaEmerge touring from Wednesday onwards.

From Thursday to Saturday the city of Liverpool will come alive to the sound of music, provided by Frank Turner, Miles Kane, Cast, The Black Lips, Young Knives and a whole host of UK talent. A three-day wristband will cost £45 with access to dozens of acts via wristband. You can be a delegate for £150 - no? Thought not.....meanwhile, Turner's gig might well be sold out (he's a bit popular).

Friends Of Mine Festival 2011

Not only has Manchester probably claimed a certain football trophy this year, it's also hosting a whopper of a music festival from Friday onwards. The majority of the performing bands and artists hail from the local area and include The Charlatans, Buzzcocks, Factory Floor, The Cribs, Bad Lieutenant, A Certain Ratio, Badly Drawn Boy and many more. £89.50 for the whole weekend!

Other festivals you might like to grab tickets for include the Acoustic Festival of Britain 2011 (Cerys Matthews, Fairport Convention - Uttoxeter, £15 to £90), the Stag and Dagger 2011 in London and Glasgow (The former of which features Wire, Mazes, Ghostpoet - £13.50 wristband) and Liverpool's Hub Festival 2011 at Otterspool Park featuring The Blackout, Mayday Parade, Funeral For A Friend, Young Guns and more, all for £4.50 upwards (that's not a misprint). Don't forget that the lovely Wood Festival with Eliza Carthy, Willy Mason and Thea Gilmore, also takes place at the weekend near Oxford.

Much Ado About Nothing

An all-star cast, including David Tennant and Catherine Tate, appear at the West End's Wyndham's Theatre from Monday for a few months, performing this classic Shakespeare comedy. The first few nights are sold out, although Weds is available from £56 upwards. Plays until September.

After performing in the West End for a few years (and being an incredible success), this black-comedy about a US neighbourhood and its dysfunctional residents, will begin touring the UK from Tuesday onwards. First stop is Birmingham for five nights, followed by Bristol from the following Monday. Tickets cost from £20.

Sadler's Wells will host a five performances of this classic tale about the iconic queen of the ancient world, complete with exclusive score written by Schonberg (Les Miz and Miss Saigon). The full-length ballet is still available for bookings, priced from £10 upwards - runs from Tuesday to Saturday only.

Despite their po-faced moniker, Roden and Shenton's NAC provide much laughter and joy with their mixture of stand-up dance (it says here) and decades of award-winning shows. Described by Metro as 'A delightfully silly way to spend an hour', you can witness the chaos that is The Big Bag Of Boom at the Soho Theatre from Thursday onwards - priced at £10.

There doesn't seem a week that passes by without Mr Howard appearing in our round-up. This time he is up north for a quartet of stand-up gigs in Chorley, York and Barnsley, before heading south to the 100 Club in London on 31st May. Not surprisingly, they've all sold out pretty sharpish but his upcoming December gigs are still available for £25.

Impressionist McGowan was on Football Focus last week taking the rise out of various football managers - the man knows no bounds. If you happen to be in or near the Perth Arts Festival next week on Wednesday, you can catch the man himself at the Perth Concert Hall for £20.50. He doesn't tour much these days, so don't miss out!