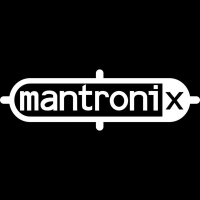 Attention all B-Boys and Fly Girls - put ya Fila's on and get busy because Street Sounds is back!! WTF is that, I hear you bellow?

Back in the early '80s, electro and hip-hop began to merge big time with kids at that time investing their hard-earned pocket-money in Street Sounds compilations, as well as a square of lino to dance and spin on, a pair of tight sneakers and the occasional ghetto-blaster or puffa.

The music of the day was electro, as performed by Jonzun Crew ("Pack Jam"), Afrika Bambaataa ("Planet Rock"), Mantronix ("Bassline"), Newcleus ("Jam On Revenge"), Man Parrish ("Hip Hop Be-Bop") and Hashim ("Al-Naafiysh) to name but a few. Arthur Baker brought it to a wider audience with Freeez's "IOU" and New Order's "Confusion", but the original tunes remain the most resilient and most influential.

So, praise be for the organizers of the 2011 Street Sounds UK Fresh Reunion, confirmed to take place at London's Scala on 16th July, 25 years to the week after the seminal UK Fresh concert took place in the capital. The night will feature sets from Newcleus, Captain Rock and The B Boys featuring DJ Chuck Chillout (a superstar DJ long before the term was coined) plus more to be announced including the latest wave of nu-electro artists signed to the recently re-booted Street Sounds label.

Add in a memorabilia display and graffiti exhibition and you have £35 worth of enthralling entertainment for new and old B-Boys and fly-girls alike. The whole event will be filmed for a future DVD, so make sure you're part of this historical occasion. The price again? £35 - and to get you in the mood, here's a stone-cold but less-obvious classic from 1983 - Cybotron's "Clear" (above).