Toyah: From Sheep Farming to Anthem Live 2011 - tickets on sale 11th May 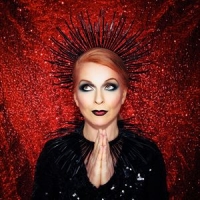 To a younger generation, Toyah Willcox is something of a gentle television personality and actor, who popped up on 'reality' TV shows and seemed like she might be able to sing a bit. To those who can recall her early eighties heyday, Toyah remains the candyfloss-haired punk powerhouse that your mum most definitely did not approve of.

Singles such as 'It's a Mystery', 'I Want to Be Free' and 'Thunder in the Mountains' were the highlight of a six- or seven-year run as a post-punk flag-bearer and something of a style icon. The provocatively styled and made-up Toyah even had her own make-up line.

Toyah has never seemingly been far from her music although her television and stage career continued to pick up pace through the 90s and into the new century. It is off the back of some recent high-profile small screen appearances that Toyah is now enjoying something of a musical renaissance.

Celebrating the 30th anniversary of 'It's a Mystery' and the platinum album, 'Anthem', the dates will see Toyah slap on the mascara and perform her greatest hits and a selection of songs from her early career. The 'From Sheep Farming to Anthem - Classics Revisited Live' dates continue throughout 2011 at London, Oxford and Wolverhampton, to name a few.

Toyah is also appearing with the New Model Army and The Quireboys at Stanford Hall Estate, Loughborough, on 14th July, Rewind Scotland (with The Human League) on 31st July and Flashback to the 80s at Clumber Park, Nottinghamshire. Toyah will also be playing a set at Blackpool's Rebellion Festival 2011 on Friday 5th August.

Solo dates continue into the autumn with tickets for the last scheduled date, Islington on Saturday 5th November, on sale Wednesday 11th May at 9AM starting at £20.

Tickets for all other dates are available now, typically starting at £20 (£22.50 for London Leicester Square), more for festivals.