Wilco, over and out - Jeff Tweedy and co announce October 2011 UK tour and album 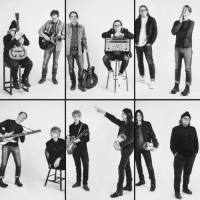 Have no fear, Wilco fans - the band are not calling it a day, but they have eschewed continuing recording with a major label for the time-being, opting instead to found their own label and go back to basics.

So, it's goodbye Nonesuch and hello dBpm Records, a moniker that stands for 'decibels per minute' and a part of the ANTI umbrella. Frontman Jeff Tweedy says, "...to be working with a label that has its roots...in punk-rock...seems like a perfect fit to us". Wilco's next album will appear on the imprint during September and is tentatively entitled, "Get Well Soon Everybody".

Meanwhile, Tweedy and the boys have announced some live magic for the UK at around the same time as the release date, including your starter-for-ten in Glasgow on 24th October, followed by Manchester (25th), Bristol (27th) and a double-wowzer at the Roundhouse in London on 28th and 29th October.

Ticket prices vary from £26.50 to £32 and are expected to shift pretty darned quick! Expect earnest chin-stroking country-rock with just a teeny bit of REM flavourings (when they were good - y'know, circa 'Reckoning').