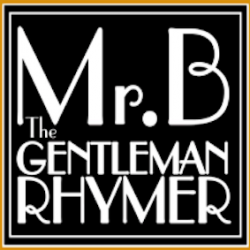 "I'm cooking MCs like a pound of bacon". OK, that was Vanilla Ice, but hip-hop has long proved to be low hanging fruit for comic parody.

Banjolele-playing comedian and gentleman rapper Mr B has made his name at the Edinburgh Fringe Festival in recent years and will be appearing again in 2011, with a near month-long residency of his show 'How I invented Hip Hop and other faux pas' at the city's Voodoo Rooms.

Mr B's brand of respectful, mannered, well-spoken rap parody - or 'chap-hop' - includes tracks such as 'Straight Out of Surrey', 'Let Me Smoke My Pipe' and 'I Say, You'. A huge fan of hip-hop himself, Brighton-based Mr B's repertoire includes versions of landmark rap standards from the Sugarhill Gang, Public Enemy and The Beastie Boys. A handlebar moustache, pipe and boater complete the transformation.

Mr B The Gentleman Rhymer will be appearing at Edinburgh's Voodoo Rooms from Wednesday 3rd to Sunday 28th August, every day except Mondays (even gentlemen need a day off). Tickets for all dates are £7 and the show starts at 11pm.