The Week Ahead from Monday 9th May 2011: Eric Clapton, Adam Ant, Roger Waters, Seth Lakeman, The Monkees and the start of the festival season 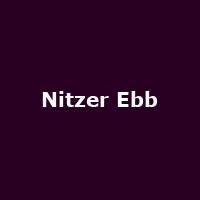 It's a busy week as the festival season starts to pick up some speed and there are some big names touring, including Roger Waters and Rush. In London, David Gray is giving out tips on songwriting and the impossibly talented Kara Tointon is appearing in Pygmalion. Whilst Manchester ravers 808 State are partying in Scotland, the city is hosting FutureEverything 2011. It's all go.

The legendary blues guitarist and singer kicks off his UK and Ireland tour at the Dublin O2 on Monday and Belfast on Tuesday (10th) before heading to Glasgow SECC on Thursday. On Saturday 14th and Sunday 15th, Clapton is at the Motorpoint Arena in Cardiff. Tickets for Dublin are available from £80, from £60 for Belfast, from £50 for Glasgow and from £61 for Cardiff. He then heads to the Royal Albert Hall for an eleven night residency, the latter five nights also feature long-term cohort Steve Winwood.

"Stand and deliver, your money or your life." It doesn't get much better than that does it? Stuart Goddard aka Adam Ant, plays London's Bush Hall on Monday. No word on whether any of his Ants will be present but expect lots of flouncy, theatrical, stomping Class A pop. And don't forget your spurs and make-up - ridicule is nothing to be scared of. Tickets are available at £35.50 including booking fee.

Befitting his status as rock royalty, the Pink Floyd lyricist, songwriter and bassist kicks off a week-long O2 residency on Wednesday11th. The six O2 shows are followed by three nights at the Manchester MEN Arena, concluding a brief but enormous tour before dates in Ireland. Tickets for the London O2 shows are available from £55 plus booking for the Wednesday, more for the weekend shows (typically £100+).

"The mother of Mike Nesmith from The Monkees invented Tippex." This fact is unlikely to feature in next week's Liverpool (12th), Manchester (14th) or Newcastle (15th) shows but as soon as you mention the band, a pub bore is guaranteed to say this along with other amazing gems such as "The sun is hot," and "Look at that car". Tickets for all three dates are available from £46 including booking. Other correction fluids are available.

Never let it be said that English folk hero Seth Lakeman doesn't know how to graft. Next week, he is performing every night from Monday to Sunday, starting out at Buxton Opera House and finishing his working week at Salisbury City Hall. There are plenty of miles in between too, as Seth yomps to Peterborough, Swindon, Scarborough, London and Northampton. Tickets remain for all dates except Buxton and are available from £19 to £22.

Canadian metal gods Rush have been recording and performing since 1968 and have had the same line-up (Geddy Lee, Alex Lifeson, Neil Peart) since 1974. Wow. And they've sold around 40 million albums worldwide. The European leg of their Time Machine Tour (a time machine would at least explain their longevity) stops off at the Dublin O2 on Thursday 12th and Glasgow's SECC on the 14th. Tickets for Dublin are available (from the venue) from 57.80 (Euros). Tickets for Glasgow start at £45. Both prices exclude booking.

Ever wondered how to write a song? David Gray's commercial peak may have been a decade or so ago but there's no denying the quality of hits like Babylon and This Year's Love. The Cheshire man is well qualified then to give a 'songwriting masterclass' at the O2 on Tuesday 10th. Contact the venue directly for tickets, which are just £5.

Michigan-born Sufjan Stevens brings his eclectic collection of songs to London's Royal Festival Hall on Thursday 12th and Friday 13th (gulp), before appearing at the Great Escape Festival in Brighton (see below) on Saturday 14th. Stevens is known for mixing styles and genres, most of which are best described as folk or indie folk or folk rock or electronica or baroque pop. You get the picture. London tickets are available from £70 and £50 for Brighton (plus booking).

The English prog rock giants are bringing their 25-album back catalogue to Leamington Spa on Sunday 15th May. Transcending hippie, punk and psychedelia, Hawkwind more or less created the genre of 'space rock' and, in more than 40 years, have become synonymous with the fantasy and science fiction motifs of progressive rock. Tickets for Hawkwind at The Assembly, Leamington Spa are £18.50.

Grab your whistle and your gas mask, it's time to RAVE. Manchester house mainstays 808 State are still going strong, more than 20 years after tracks like Pacific State sent busloads of kids in search of the Hacienda. The club is long gone, but some of the sounds that helped cement its place in house history fight on. 808 State play the Glasgow Academy on Saturday 14th. Tickets are available from £19.50 plus booking.

It is a busy week in Manchester with FutureEverything 2011 filling numerous venues from Wednesday through to Saturday. FutureEverything is an award-winning global festival of art, music and ideas and includes premieres of astonishing artworks, awards for innovation and a citywide music programme. Tickets start at less than a tenner for The Radio Dept at The Deaf Institute on Wednesday 11th, with many more dates featuring Steve Reich, Rob da Bank, 65 Days of Static and many more.

From Thursday 12th, Great Escape takes over several Brighton music venues including Brighton Dome. Headline acts include DJ Shadow (Thursday), Friendly Fires (Friday) and Sufjan Stevens on Saturday (see above). Tickets for DJ Shadow and Friendly Fires are available from £15 (returns only) and £18.50 plus booking, respectively.

Worth a mention if only because it has become such a huge date in the calendar and as it will dominate Radio 1's output for the next fortnight. This year's Big Weekend is in Carlisle and features the Foo Fighters, Black Eyed Peas, Bruno Mars, Tinie Tempah, Plan B, The Script, Chase & Status, Jessie J, My Chemical Romance, The Script, The Wombats, Taio Cruz and Olly Murs, among others. Tickets are free and all gone.

This two-day electronic-music mini-festival held at the Roundhouse is part of the overall Short Circuit Festival 2011. Friday 13th will see a DJ set from Moby and performances from Richie Hawtin, Nitzer Ebb, among others. Saturday's big names include Erasure, Depeche Mode's Martin Gore, Maps and Alison Moyet. Tickets are available from £48 (Friday) and £45 (Saturday), plus booking.

Into its fourth year, Derbyshire's Bearded Theory takes place from Friday 13th to Sunday 15th May. Alabama 3 will be headlining the Main Stage on Sunday 15th, bringing their highly-charged live show to stunning surroundings of Kedleston Park. Tickets are available from £70. Tickets are £24 for 5-11 year olds and £34 for 12-16 year olds. Kids under five go free. All prices exclusive of booking. Beards optional (but welcome).

Former Eastender, current Strictly Come Dancing champion and all-round isn't-she-lovely, Kara Tointon, is reminding us all that she is a proper actor with a turn in Bernard Shaw's Pygmalion. The run starts at London's Garrick Theatre from Thursday 12th and, thanks to Miss Tointon's high profile television appearances, is sure to prove popular. Tickets are available from £39.50 plus booking.

No, not Nick Clegg's mantra but a stage adaption of the hit TV show which runs all next week at the Lowry theatre in Salford. The stage version is written by the original screen-writers, Jonathan Lynn and Antony Jay and features a plot that involves dubious dealings with a middle-eastern minister and a country on the brink of financial ruin. Sounds familiar. Tickets start at £14 plus booking (unrestricted views).

The hit musical based on the 80s TV exploits of the precocious kids at New York's La Guardia School of Performing Arts begins its run at London's Bloomsbury Theatre on Wednesday 11th. Expect enthusiastic sing-alongs, lycra, headbands and spontaneous dances on car roofs. And that's just the audience. Tickets are available at £15-20 plus booking.

Scouse medium and (now) TV star is bringing his paranormal skills to Ayr Town Hall (where else) on Saturday 14th May, but then you knew that. Whether you genuinely believe that a loved one has a message for you from beyond, perhaps to do with something you've lost (like your mind), or if you just fancy a good evening's entertainment, get down to Ayr. Tickets are available from £20 plus booking.

Before he was famous for swearing a lot and for his catchphrase "Do I not like that?" Graham Taylor was a football manager and, at club level at least, a pretty successful one. Radio 5 Live's Darren Fletcher hosts an Audience with Graham Taylor at The Approach in Nottingham on Thursday 19th May. Tickets are available from £10 plus booking and, if you don't like it, at least your hilarious five-word review will get a laugh.

Funny girl (I bet she hates that) Holly Walsh is appearing at the Cannon in Newport Pagnell on Sunday 15th May. The Chortle Awards Best Newcomer (2008) has quickly made a name for herself on television as well as on the stand-up circuit. Tickets are just £3 (plus £3 booking). Seems like a cracking value to see a rising star in intimate surroundings.