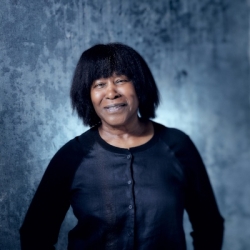 Joan Armatrading is 60 years old, which is amazing when you consider that it seems like she has been around forever. And, if chart success were the only guarantee of quality, history would cruelly suggest that Miss Armatrading has made only modest impact in nearly 40 years in the business.

Thankfully, the sales chart rarely provides more than a snapshot and although Joan Armatrading has consistently charted with the majority her 20 albums since her 1972 debut, remarkably, she has never been rewarded with a number one single or album in the UK.

Perhaps her most high profile hit, the epic Love And Affection, was her only top ten single in the UK (Drop The Pilot peaked at 11) and a handful of releases did not chart, which seems something of an insult to an artist who has garnered a loyal following with her soulful folky blues sound.

And entering her seventh decade has done nothing to slow the two-times BRITS nominee down as dates for a massive 2012 UK and Ireland tour are now on sale.

The dates will showcase her impressive back catalogue along with material from her as-yet-untitled new CD, set for release before the tour. The first of more than 30 dates is in Londonderry on 21st September 2012, before two gigs a week later in Shrewsbury. Over the following two months, Joan Armatrading performs in Hastings, Perth, Edinburgh, Leicester, Manchester, Liverpool, Bristol, Torquay, Poole, Oxford and many more.

The tour closes with two dates at the IndigO2 in London on 23rd and 24th November 2012.

Special guest in England and Wales will be Chris Wood (BBC Radio 2 Folk Awards Singer of The Year 2011) with the special guest for Ireland and Scotland to be announced.

These will be Armatrading's first UK dates in more than two years, since 2010's 40-date tour and the Ivor Novello Award winner promises to be as popular as ever, no matter what the charts may tell you.