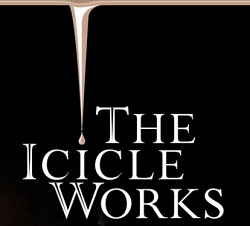 There is certainly a mixed sack of delights awaiting your time and hard-earned pennies, this coming week, including upcoming names and established rockers. It's a big week for metal fans, young and old, plus the festival season offers much with events in Leeds, Bristol, Manchester and of course London's Camden Crawl (with its sister shindig, The Comedy Crawl).

As far as the arts section goes, it's a fairly quiet week with just a handful of intriguing new shows and comedy turns on offer - still worth leaving the house for though, especially the Udderbelly Festival on the South Bank! NB - For London shows, it might be worth leaving plenty of time to get to your venue, due to a big wedding celebration taking place.

Having initially earned support from Brian Eno and the BBC's Sound Of 2011, Calvi looks like she won't be needing anymore handouts, unless you count her upcoming NME Radar Tour in May. Beforehand, there is the small matter of two sold-out Bush Hall gigs on Tues and Weds, before nipping to Portsmouth on Sunday for the start of that tour. Tickets are £9 - Glasgow (9th) has sold out, though.

Our editor loves Blacc's infectious single, "I Need A Dollar" - so much so, I often hear it wafting from the adjoining office, as pleasing as the smell of freshly toasted teacakes. Before his huge Somerset House slot in July (10th - £20), he will undertake a short tour from Brum to Brighton, starting on Tuesday. Manchester and London are sold out, but the rest are £13.50.

The Californian singer has left behind his Tony! Toni! Toné! and Lucy Pearl days and has started to forge ahead with a second-wind chapter of his solo career, strengthened by a chart album in "Stone Rollin'". He's only playing the one UK date so far this year and that's at Shepherd's Bush Empire on Thursday night. Tickets are still up for £27.50.

Has the Murs bubble burst yet? You decide - the Essex boy has seemingly left the heady days of X-Factor far behind him and promptly sold out just about every date on this tour, which starts in Margate on Friday. So there. Out of the near-future shows, only Blackpool, Liverpool, Nottingham and Hammersmith are still available from around £27.50.

It's a little known and surprising fact but Guetta has been responsible for a handful of number 1 singles during the past couple of years, so not surprisingly his new tour, which starts in Glasgow on Wednesday, is selling out fast. That first night, along with Belfast and Brighton, is still available - the rest are all gone, save for resales (including the Brixton double-header on 6th and 7th May - resales around the £32 - £38 mark).

The producer and remixer continues to carve a notch on the bedpost of the club-scene, with his recent Greensleeves mix CD "Riddimentary" earning him many kudos from fans and critics alike. He will play at London's KOKO on Thursday with Drop The Lime in support (plus more) - tickets are £16.50.

This spunky Derry electro-house outfit have racked up a fair amount of hits on You Tube and recently earned themselves the Best Live Act award at the Irish Dance Music Awards, reason enough to go see them from Thursday onwards. Cargo in London is first base, followed by Belfast, Nottingham and more. Tickets range from £5 to £10.

Mr Rutherford and co are all good in the hood with a lengthy UK tour ahead of them, starting in Hull on Wednesday. That show, plus the following Yorkshire stops this week, has sold out, along with the later Leicester concert on 6th May. Remaining shows are priced at £40.

Due out next week is Skindred's fourth studio album, "Union Black", as well as the band's umpteenth jaunt around the UK, starting with Brighton on Tuesday and finishing in London on 7th May. Support comes from Chiodos and Me vs Hero and tickets cost £14 - £16.

Sticking with the same ball-park as Skindred, we have US funk-rock outfit Fishbone, armed with album number eight due out later this year. The Camden Underworld is the first stop on Wednesday, followed by Southampton (Thursday) and more until Norwich on 4th May. All dates are still available, priced between £12 and £16.

Country music's star is shining a little brighter gigs-wise this week, with Cantrell leading the way with a Kitty Wells tribute album and a handful of UK shows, starting with Manchester on Sunday. Her Bristol show has long sold out, but the remainder are up for £13 - £15.

Veering towards the rock end of the country-music canon, Lynne makes her first visit to the UK in two and a half years, with a handful of big city shows from Sunday onwards. Edinburgh, Manchester, Bristol and London all feature and are still up for grabs for an array of prices from £13 to £25.

Ian McNabb's anthem-makers from the '80s have recently regrouped for a series of shows to celebrate 30 years in music. Their albums were all a little bit special, so these big shows should attract a wide enough audience - Manchester, Liverpool, London and Birmingham cost £18.50 - £20.

Quite how Vini Reilly has escaped the glare of fawning critics and hefty album sales is frankly baffling. 2011 will see his umpteenth Durutti album hit the racks, just a short while after the recent redux edition of the essential self-titled 1989 set. Messrs Reilly and Mitchell (plus guests) will play in York on Tuesday (£12), before heading to Manchester on Saturday for a large-scale album-launch show, filled to the brim with oodles of new pieces and Factory-related classics.

Also on sale this week are a handful of dates for doom-metallers Hate Eternal, a full tour from heavy-metal guitarist Simon McBride, baldy kitsch-pop duo Right Said Fred on tour with their new album, and yet more ear-bullying moments from thrashers Corrosion of Conformity.

It's been a long time coming, but finally London's first key indie festival of the year kicks off next weekend with British Sea Power, The Lemonheads, Saint Etienne, Simian Mobile Disco, Giggs, The King Blues and so many more fine purveyors of quality aural gear! Weekend tickets are selling fast at £63, or you can cop a day ticket for £39.50.

The South West is slowly getting a reputation for getting organized on the festival front, with Bristol's folky shindig worth cocking an ear to. Headliners include Seth Lakeman, Show Of Hands and Bellowhead, with further acts and poets, as well as a river of cider no doubt, will add to proceedings next weekend - day tickets vary from £30 to £45, or £75 for the three days.

Lively Leeds will host a swath of indie/rock shows and exhibitions right across the weekend, including 100 bands on Saturday, for which you will need a £17.50 wristband in order to see the shows by Anna Calvi, James Blake, Young Knives and many more. Sunday is accessible for nowt if you have a wristband, or £6 without. Other festivals include Nottingham's Detonate Indoor Festival 2011 and Manchester's Sounds From the Other City 2011 featuring D/R/U/G/S, Viv Albertine and more.

Esteemed and revered playwright and novelist, Tennessee Williams, is given a 100th anniversary nod by London's Print Room Theatre from Friday onwards. This long-forgotten treasure is billed as 'savage and sexy' and 'a neglected masterpiece'. Tickets cost from £12.

We head to the historic Globe Theatre for this bittersweet Shakespeare comic tragedy about a feisty girl Helena, who is set numerous tricky tasks in order to win the hand of the equally tricky Count Bertram. Running from Wednesday until the middle of August, tickets for performances start at just £5 (yard standing), up to £37.50 for a grandstand view.

You don't have to head to London to see the master of dance at work - Liverpool (from Tuesday till Saturday), Oxford and Bristol will all be hosting this stunning ballet adaptation of the fairytale, "Cinderella". Tickets vary from theatre to theatre, but the Liverpool run costs from £13 to £31.

The true stories of the Yorkshire vet, James Herriot, might not sound like the most pulsating proposition, but trust me, the humour employed works a treat. This light-hearted production will travel around the county, much like Herriot did several decades ago, with most tickets costing £5 - £8.

Welcome to the House Of Mirth, so says Brendon Burns who will host a packed comedy line-up at the Betsy Trotwood pub in Farringdon, London, that includes Trevor Lock amongst others. For just £5, this Tuesday show will ensure that you can still afford to take that day off on Friday after all!

A wizard of wordplay and a master of mirth - you can't beat a bit of Ken Dodd when he's in full flow. Cheeky, suggestive but safe enough to not have to cover your kids' ears, Doddy and his Diddy brand of humour has sold out shows for decades - and he's still doing it. This York show on Saturday is sold-out already, but you can see him around the country later in the summer if you book now!

New for 2011, Camden will come alive to the sound of laughter alongside its musical sibling, The Camden Crawl, next weekend. Sean Hughes, Shappi Khorsandi, Robin Ince and Isy Suttie all feature throughout various venues - tickets are £35 for the weekend, or £20 for each day.

Friday will see the start of the 3 month-long comedy festival known as the E4 Udderbelly. Why Udderbelly? It all takes place in an upturned purple cow, of course (raises eyes to heaven). The pick of the shows next week include Dom Joly and Best of Comedy Store(on Saturday) and Hardeep Singh Kohli (on Sunday), with comedy RnB/ Music Hall act Ida Barr opening proceedings on Friday. We'll be featuring Udderbelly every week on our Week Ahead round-up, right up until the final week!