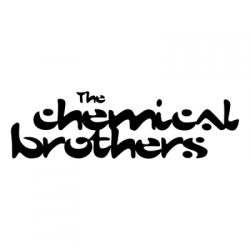 One of the true bastions of the UK festival calendar has officially opened its doors, displayed its tempting wares and already caused a minor stir with its 2011 line-up.

From 4th to 7th August, in deepest Malvern country, you can witness an eclectic, if rather more commercial, line-up at The Big Chill 2011 including Kanye West (an exclusive festival appearance), Chemical Brothers and Rodrigo y Gabriela.

In keeping with the traditions of its previous 16 gatherings, The Big Chill will gather some huge names past and present (Band Of Joy featuring Robert Plant, Neneh Cherry, Steel Pulse, Katy B, Jessie J, 2 Many DJs and Calvin Harris) with typically left-field artists (Warpaint, Quantic, Femi Kuti and Electrelane) to create a summery trifle of blessed-out beats and carousing choruses.

Oh and the act to chill-out to at any Big Chill, Global Communication, will once again form part of the party. More acts have been announced (with special guests promised for Friday), including Flying Lotus, Metronomy, Congo Natty, Mr Scruff and Jamie Woon.

If you fancy spending three days at Eastnor Castle in the country (near Ledbury) then you'd better grab those tickets fast! Weekend adult tickets cost £165, 13 to 15 year olds £85 and 12s and under just £5. There is also a payment option whereby you can spread the cost of your ticket over 4 instalments.

Day tickets are also available, priced for just £75 (it'll pay for itself after 3 or 4 acts!). Enjoy!